Benoit Hayman
Otago's overseas basketball contingent has made a useful start to the season abroad.

Eight players from the region have been taking to courts across both the United States and Europe.

In Switzerland Benoit Hayman has played his way into a starting role for BBC Nyon in the club’s first year in the country’s top league.

The guard is averaging 5.8 points, 1.8 assists and 1.8 rebounds per game. Those numbers have jumped recently though and he got 17 points in his most recent outing.

In the US at the NCAA division one level both Sam Timmins and Max de Geest have been solid at college basketball’s top level.

Centre Timmins, in his final year at the University of Washington, has found a niche playing back-up to NBA-projected freshman Isaiah Stewart. He is averaging 2.8 points and 1.4 rebounds per game, although much of his value comes in his rim protection on defence. 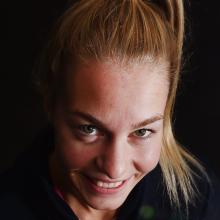 Zoe Richards
His team has performed well and spent most of the season in the top 25 rankings — out of 347 teams — although it dropped out this week.

Meanwhile, former Oamaru guard De Geest has impressed in his first season at Long Beach State University. He has averaged 4.4 points per game, although has shown his scoring ability in reaching double-digits against powers Arizona, Stanford and Southern California (USC).

At division two level, twins Zoe and Brittany Richards have both started their final seasons strongly.

Zoe, who debuted for the Tall Ferns and was Eckerd College’s most valuable player last season, has posted 12.2 points and 5.4 rebounds per game on 63% shooting. She notably recorded back-to-back games of 18 and 19 points, shooting a combined 18 of 23 from the field.

At Alaska Fairbanks, Brittany worked her way into a starting spot and is going at 7.1 points and 5.1 rebounds per game. In that she has excelled from deep, shooting 39.3% from the three-point line, helping her side to a 6-5 record — more wins than in each of the past two full seasons.

In the NAIA, Joe Cook-Green has been well-rounded, posting numbers of 8.2 points, 5.2 rebounds and 3.8 assists per game. The guard dropped 17 points in his most recent outing to help his Texas Wesleyan team to an 8-3 record.

In the NCAA division three Ben Reeves has made a handful of appearances for St Joseph’s College Brooklyn, scoring four points in one game.

Meanwhile, Matt Brien is yet to take the court for Nebraska Kearney in division two. 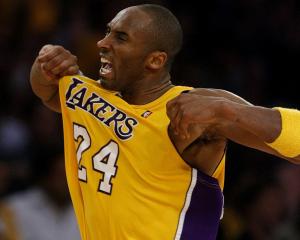