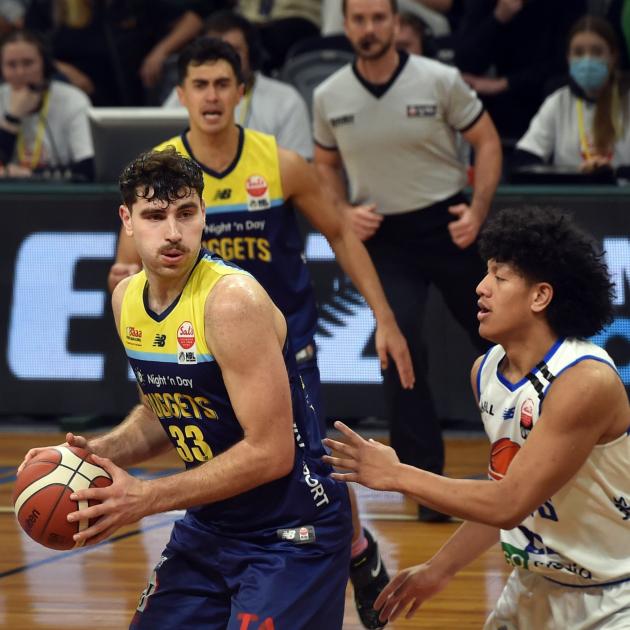 Sam Timmins in action for the Nuggets against the Wellington Saints at the Edgar Centre in May. PHOTO: PETER MCINTOSH
Sam Timmins has been included in the extended Tall Blacks Asia Cup squad.

The Otago Nuggets star centre was among the 24-man group.

The squad will be cut to 12 before it travels to the tournament, which runs from July 12-24 in Indonesia.

If he were to make it — for which he should have a good chance — he will likely miss at least four games through the period.

He was one of five centres included in the squad.

Former Nugget Jordan Hunt is among them, as is Tai Wynyard, Tohi-Smith-Milner and Mike Karena.

Two Otago-produced guards — Richie Rodger and Joe Cook-Green — are among the group, too.

The squad will assemble in Auckland for a training camp in early July.

The Tall Blacks open their Asia Cup campaign on July 13 against India, and also have Lebanon and the Philippines in their pool.