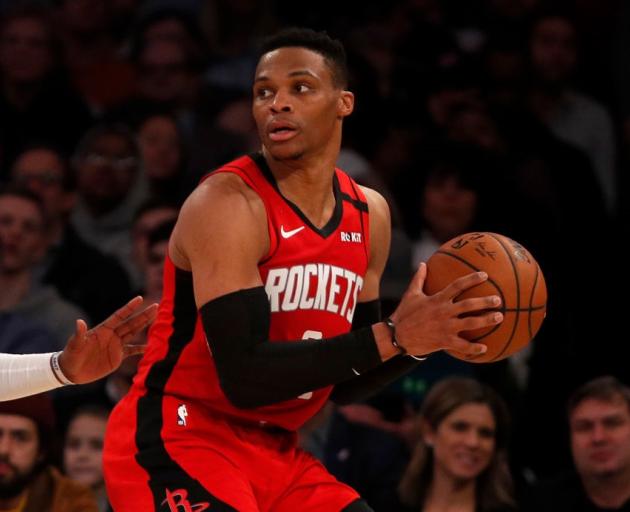 Westbrook revealed the news on social media. He was not on the team plane when the Rockets traveled to Florida last week, where the NBA will resume play later this month at the ESPN Wide World of Sports Complex. Fellow guard James Harden and recent addition Luc Mbah a Moute also were not aboard the flight.

"I tested positive for covid-19 prior to my teams departure to Orlando," Westbrook tweeted.

"I'm currently feeling well, quarantined, and looking forward to rejoining my teammates when I am cleared. Thank you all for the well wishes and continued support. Please take this virus seriously. Be safe. Mask up! #whynot.

The nine-time All-Star was playing in his first season with the Rockets after being acquired in a trade with the Oklahoma City Thunder last summer. He played 11 seasons with the Thunder, highlighted by a 2016-17 campaign in which he earned NBA MVP honors after averaging a career-best 31.6 points to go along with 10.7 rebounds and 10.4 assists.

Coach Mike D'Antoni said Sunday that he hoped Westbrook, Harden and Mbah a Moute would be able to arrive at the Disney "bubble" within three to four days. The team declined to specify a reason for their absence.

The players will have to quarantine in their rooms until testing negative for COVID-19 each of the two days immediately after their arrival before practicing with the Rockets.

Also on Monday, ESPN reported Houston forward Bruno Caboclo said he "inadvertently" broke quarantine at the NBA's complex in Florida and was ordered to self-quarantine in his hotel room for another eight days before resuming team activities.

The Rockets' first game in Florida is scheduled for July 31 against the Dallas Mavericks.