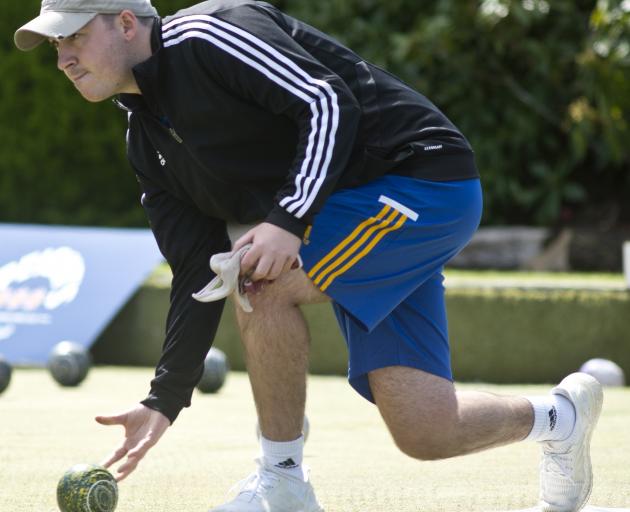 Last year, Darby was the only player to take the scalp of eventual champion Shannon McIlroy, beating him 25-23 in the final round of section play.

McIlroy went on to win his second consecutive and fifth title in the tournament, and repeated the dose this year.

His victories over fellow young guns Mason and Taiaroa were countered by narrow losses in his must-win games against Harvey and Clements, which went down to the wire in the race to score 25.

He was also unfortunate to come up against Bagrie-Howley still on the rebound from a first-round loss to Curtin.

Darby then beat Curtin 25-23 in his final game of section play. But a place in the knockout stage hinged on other results going his way, and they did not.

Perhaps his failure to progress could be attributed to the absence of his lucky charm, bowls mentor and grandfather Peter Darby.

It was his grandfather who first guided Darby, at age 11, into bowls with the Temuka club.

He took a more competitive approach to the game once he reached high school, winning the South Canterbury under-18 singles title.

Polytechnic studies and the lifestyle in Dunedin drew Darby south five years ago, and a move to the North East Valley Bowling Club soon followed.

“I really enjoy it down here.”

He is now a member of the 14-strong Commonwealth Games development squad for Birmingham next year.

Darby has been on the selectors’ radar for a while, and was shoulder-tapped for the development squad after a string of results went his way last year.

The squad will be reduced to a team of 10 to play in the transtasman in March, then five players will be named for Birmingham.