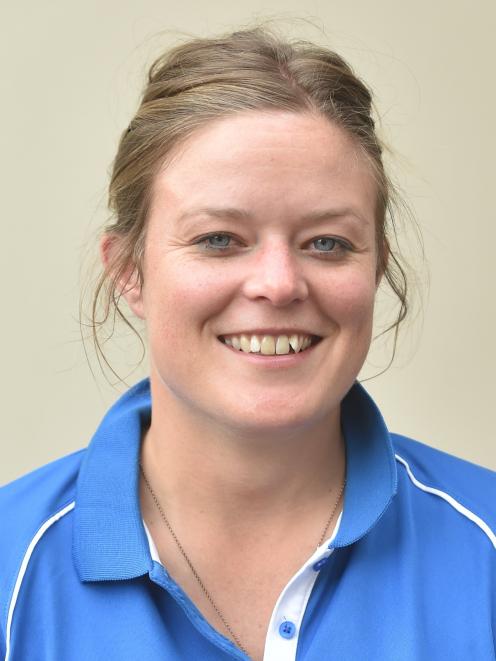 Sarah (33), a business analyst who started competitive bowls seven years ago, is competing in three events at the national championships.

The annual tournament starts on December 29 and the finals in all three disciplines will be held on  January 6-8.

Sarah reached the final 16 in the singles last season and was knocked out in the quarterfinals of the pairs by former world champions Val Smith and Jo Edwards (Nelson).

International experience in Australia and Hong Kong over the past 12 months has hardened her competitive skills and added to her confidence.

"I liked playing against international bowlers,’’ Sarah said.‘‘But it took me some time to adjust to the slower-paced greens in Hong Kong."

She has learnt a lot after being in national squads and is reaping the benefits of her twice-a-week technique practice on the North East Valley green.

Sarah is again playing with Bronwyn Stevens (Te Rangi, Southland) in the pairs and the pair are expected to be competitive again.

Her best chance of a national title is in the fours, where she will be joined by Stevens, World Bowls bronze medallist Katelyn Inch and former international Debbie White.

Carolyn Crawford (St Clair) will be playing with Northland’s Ann Muir. They won the title in Dunedin three years ago when they beat Val Smith and Jo Edwards in the final.

Promising Dunedin teenage bowler Jonty Horwell (Kaikorai) is competing in the singles, and pairs with Bradley Down (Victoria, Wellington). Horwell was in the Kaikorai team that qualified for the national finals of the interclub sevens this month.

The entire Black Jacks World Bowls women’s team will be competing, with Smith and Edwards favourites to recapture the pairs title they last won in 2011. Edwards, who shifts to Queensland early next year, will be keen to regain the singles title she won in Dunedin in 2011.

The other members of the World Bowls team competing in the women’s events are Canterbury’s Angela Boyd and Kirsten Edwards (Nelson).

Boyd, who has won the pairs title with her sister Mandy for the past two years, will be joined by promising Canterbury bowler Tayla Bruce.

Australian-based Ali Forsyth and Blake Signal are the only two members of the World Bowls men’s team competing.

Forsyth, who will be defending the pairs title with his father, Neville Forsyth (Stoke), will also be a strong contender to win his fourth singles title. He won the title in 2003, 2004 and 2014.

O’Connor and Lawson share the record of 10 national championship titles with the legendry Nick Unkovich (Auckland).

Lawson won his last national title in the pairs with Danny Delany in 2010. He is playing in the pairs this year with Neville Rodda (Victoria, Wellington).