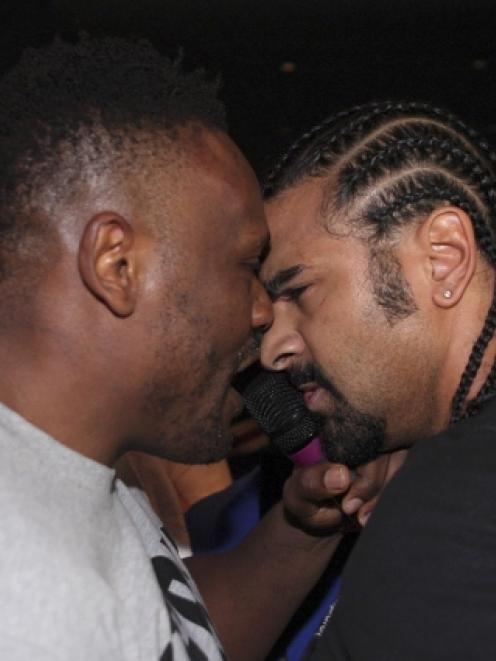 David Haye (R) of Britain and compatriot Dereck Chisora confront each other before a brawl during a news conference following the WBC heavyweight bout between Vitali Klitschko of Ukraine and Chisora in Munich earlier this month. REUTERS/Action Images/Andrew Couldridge
British heavyweight Dereck Chisora has been banned indefinitely by the World Boxing Council (WBC) for "one of the worst behaviours ever by a professional boxer".

"The WBC is imposing a serious fine to be finally determined after a hearing to be held under the supervision of our counsel representative attorney Stephen Beverly," the organisation said in a statement.

"The WBC will ... declare an indefinite suspension against fighting again for a WBC title while demanding Chisora take an anger management medical treatment after which his suspension will be reconsidered."

Chisora was questioned by German police before being released over his brawl with Haye, the former world heavyweight champion who lost to Klitschko's brother Vladimir in July.

Haye had been attending the bout and news conference as a television pundit.

He exchanged words with Klitschko's manager Bernd Boente and Chisora and the incident degenerated when Chisora got up to confront his fellow Briton and the pair traded blows.

Chisora also slapped Vitali in the face before his points defeat in the title fight and spat water at the face of his younger brother Vladimir who holds the WBO, IBF, WBA and IBO crowns during the pre-fight ceremonies. 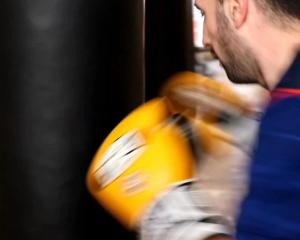 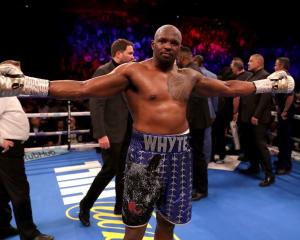 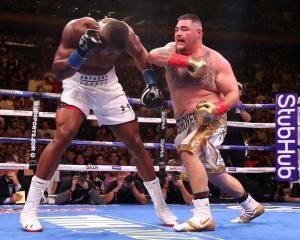 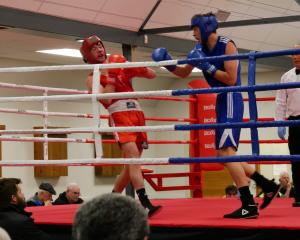