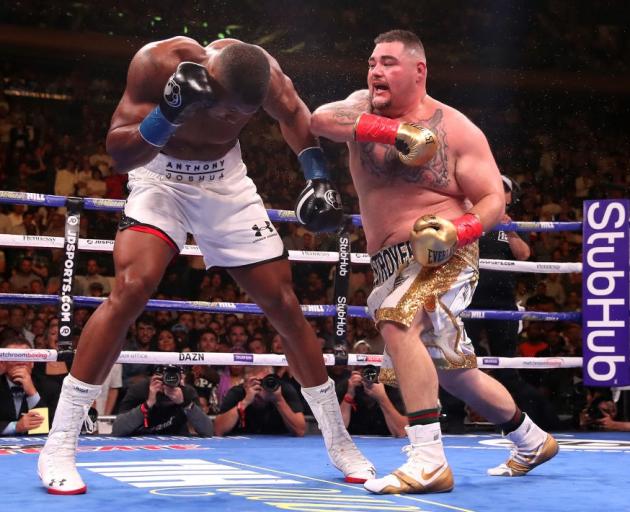 But some in the fight game are wondering where Britain's damaged heavyweight hope goes from here.

Joshua's promoter Eddie Hearn has said there will be a rematch, possibly in England or Wales later this year - although Ruiz wants to take it to Mexico.

That will b a must-win for the 2012 Olympic super-heavyweight champion.

The alternative hardly bears thinking about and in the meantime the possibility of much-talked about bouts against WBC world champion Deontay Wilder and former champion Tyson Fury are on hold.

Former IBF cruiserweight world champion-turned-commentator Glenn McCrory told TalkSPORT radio on this morning that Joshua might never recover from one of the biggest upsets in heavyweight history.

"He’s bottom of the pile. He got beaten up by Andy Ruiz," he said of the weekend fight in New York.

"I think he’s finished. It’s not just the defeat, anybody can get defeated, but the nature of it.

"Andy Ruiz is not an elite athlete, he is not a heavyweight great. He will not go down in icons of legends at all, but he is a tough kid and he seized his opportunity."

Everybody has plans until they get hit in the face, as Mike Tyson famously observed, and that certainly applies to Joshua now that he has lost his aura of invincibility as well as his belts.

The 29-year-old had hoped to conquer America on his debut at Madison Square Garden and instead comes away having handed his four titles (IBF, WBA, WBO and IBO) to a chubby Mexican-American drafted in as a late replacement.

If the IBF decides to enforce a mandatory challenger before a rematch, then the heavyweight division could be further fragmented and the prospect of an undisputed champion further away than ever.

Floored four times by Ruiz before the seventh round stoppage, Joshua can take some hope from history, however.

Heavyweight champions Tyson, Lennox Lewis and Wladimir Klitschko all suffered major title upsets in their careers before coming back strong, even if their images were changed forever.

Tyson's 1990 defeat to James 'Buster' Douglas in Tokyo still ranks as the biggest of them all, while Lewis lost to Oliver McCall in 1994 before a rematch win.

Ukrainian Klitschko, beaten by Joshua at London's Wembley Stadium in 2017, lost to Corrie Sanders in 2003 and Lamon Brewster in 2004 before returning to the top.

The result, and winning back the belts, will be the primary objective, but Joshua must also convince his critics that he has the boxing skills and stamina to challenge the likes of Wilder and Fury.

"Great fighters come back and improve. Some fighters never come back the same. The future will show how Anthony Joshua responds," Hearn told British media.