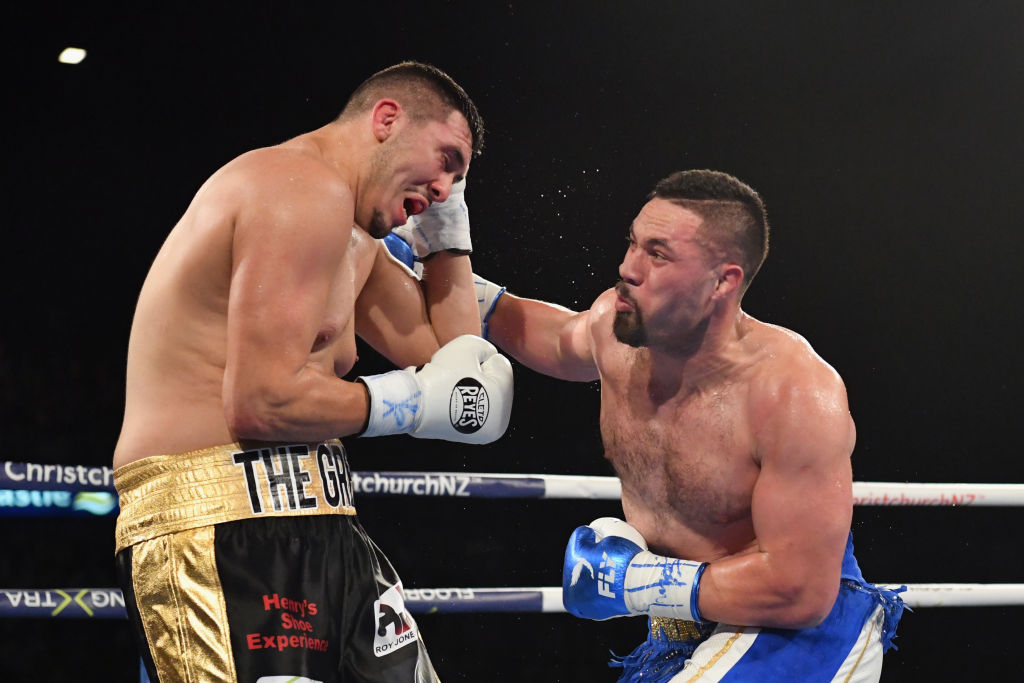 There will inevitably be some controversy attached to this stoppage by Parker because it came soon after a low blow, the second of the short fight, and Flores had dropped his hands when Parker's right hand knocked him to the canvas.

Flores beat referee John Conway's count and the official immediately called a time out and warned Parker for hitting below the belt. Once the action resumed Parker went in for the kill in a savage burst which had his Mexican-American on the floor and in some trouble.

It was Parker's first knockout victory in just over two years and it was just what he needed as he starts his comeback from two consecutive losses.

He entered the ring looking physically superior to Flores and the power part of his training has clearly paid dividends – as did a harder and more ruthless attitude.

After being on the end of some questionable tactics in his points defeat to Dillian Whyte, Parker, now 25-2 as a professional, has clearly decided to dish out a bit of his own rough stuff.

Apart from the two low blows, Parker occasionally held and hit Flores, which is illegal, as well as going in with elbows raised.

Flores said in the ring afterwards: "He hit me with a low blow. I felt it and I put my hand down… he hit me low three or four times. I think the ref warned him once. It is what it is – I'm fighting in his home town."

When asked about the low blows, Parker said: "I'm the fighter. There's a ref who does his job, and the judges. All I do is throw the punches and make them land.

"We finished the year on a high and now it's time to have a break.

"We had two losses this year and this is the fight we wanted to end the year with – a bang. We wanted the kockout and we got it.

Parker's trainer Kevin Barry said: "We were badly looking for a knockout to end the year with and I thought Joe looked tremendous tonight.

"There's a lot of frustration in Joseph Parker tonight… we had a big year but… came up short and Joe really wanted to let his hands go and get the knockout."

Flores looked technically good in the first round but only his head movement kept from being hit by several right hands.

Parker was prepared to wear a couple coming in and his speed and power were clearly on a different level.

It was a similar story in the second round as Parker loaded up his right hand; it was just missing, but a low left to the body late in the round didn't, and Flores, scoring occasionally with a sneaky right hand over the top, was given a short time out to compose himself.

In the main undercard fight, Junior Fa retained his WBO oriental heavyweight title and extended his unbeaten record to 16 wins when demolishing Argentine Rogelio Omar Rossi in the first round.

Former Kiwi and Warriors league player Manu Vatuvei got his professional boxing career off to the best possible start with a 28-second stoppage of Dave Letele.

Heavyweight Vatuvei was caught with a right hand early but responded with a three-punch combination, including a massive uppercut, which knocked Letele through the ropes. Letele beat the count but the referee called it off.