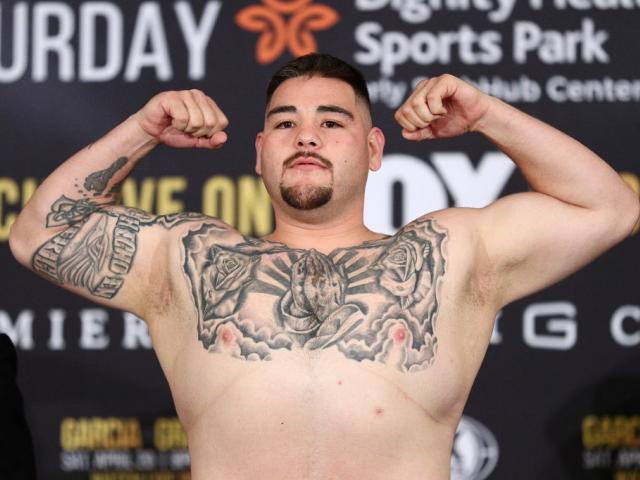 Andy Ruiz prior to a fight earlier this year. Photo: Getty Images
When Andy Ruiz Jr looks at his professional boxing record, it's not his 32 wins that stand out, but his solitary loss, handed to him by Kiwi Joseph Parker.

The pair met in Auckland in late 2016 with the vacant WBO heavyweight title on the line, and after contesting 12 rounds Parker was awarded a majority decision win.

Ruiz Jr wasn't happy with the result then, and time hasn't healed that wound.

"I felt they stole my fight," he said in a video interview released by fight promoters Matchroom. "That was my chance to become the first Mexican champion of the world and they just took it away."

The 29-year-old has been given the opportunity to avenge his loss to Parker, booking a date with unified champion Anthony Joshua at New York's Madison Square Garden on June 2. Joshua won the WBO title from Parker in early 2018, after the Kiwi had successfully defended it against Răzvan Cojanu and Hughie Fury.

Joshua was scheduled to fight unbeaten fighter Jarrell Miller at Madison Square Garden, however Ruiz Jr was called up when Miller returned a positive test for growth hormones.

It will be Joshua's first fight outside of the United Kingdom, with the WBA (Super), IBF, WBO and IBO heavyweight champion winning the first 22 bouts of his career.

"From the beginning, he has my belt," Ruiz Jr said of his match up against Joshua. "When I fought Joseph Parker it was for the WBO world title and they robbed my fight.

"So, technically, Anthony Joshua has my belt and I'm happy and excited to claim what's mine.

"I feel I have unfinished business with the WBO title because that was my first loss when I went to New Zealand. This time I'm going to let everything go and take what's mine."