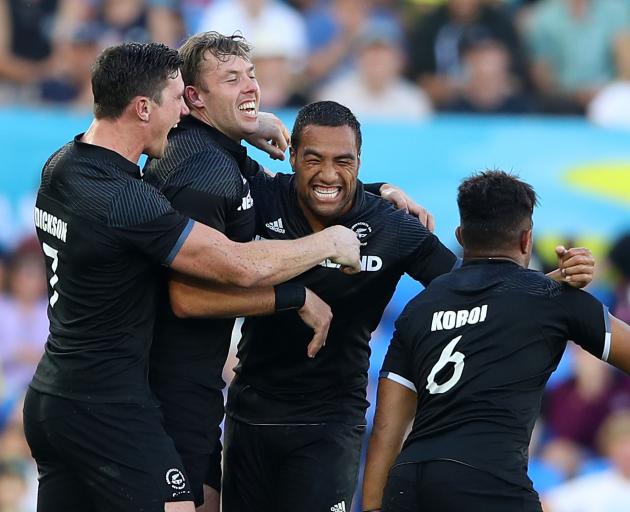 New Zealand has a rich history in men's sevens at the Commonwealth Games. This was their fifth gold to go with the silver in Glasgow four years ago.

It's been a turbulent two-year ride for this team since failing to medal at the Olympics. But, under fiery Scotsman Clark Laidlaw, they targeted this pinnacle event.

And with a convincing 14-0 triumph over an ill-disciplined Fiji side in the final - the third time New Zealand has denied the Olympic champions Commonwealth Games gold - they delivered on the big stage.

Etene Nanai-Seturo, a late call-up to the squad, scored first and one further try from Regan Ware was all they needed.

In an ugly incident, Laidlaw almost confronted Fiji's Sevuloni Mocenacgi after his no-arms hit on Sam Dickson earned him a yellow card.

In the end, as they huddled and sung to celebrate, that was quickly forgotten.

While the men's success was less expected, in many ways their female counterparts stole the show by gaining sweet revenge and writing another chapter in their fierce rivalry with Australia.

Sweet revenge for the Black Ferns sevens team and another chapter in this fierce rivalry, one of the very best in New Zealand sport. 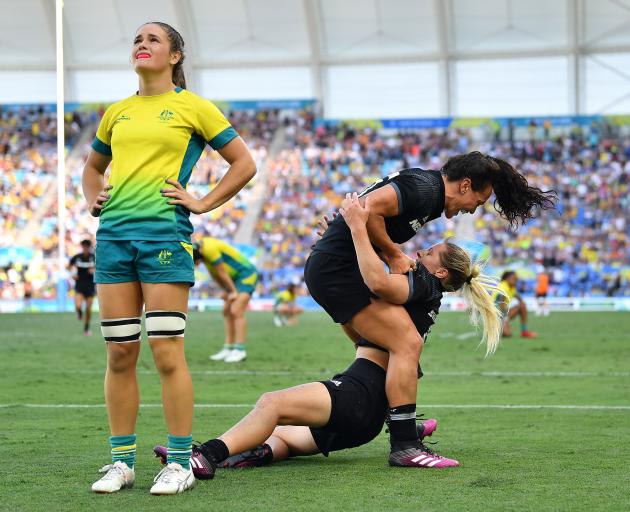 That they did it on Australian soil only magnifies satisfaction.

What an epic match this was, New Zealand claiming the first women's Commonwealth Games sevens gold medal in the most dramatic fashion.

New Zealand led 12-5 at the break but they couldn't be separated at full-time – Australia's Cassie Staples inexplicably kicking the ball out thinking her side had kicked a conversion to win it.

How she will regret that costly moment.

Though there were many defining instances in this gripping contest.

In but one example Niall Williams pulled off a match-saving tackler at the death just before Brazier broke away.

The 27,000-strong crowd traded chants of "Aussie, Aussie, Aussie" and "Kiwis, Kiwis" to form an amazing atmosphere at Robina Stadium.

Australian country singer John Williamson sung "true blue" at the half time break and it seemed to do the trick, inspiring a comeback to see the locals level 12-12 at the end of regulation.

In punishing 31 degree heat, both teams were out on their feet, only for Brazier to step up with a piece of superb individual brilliance.