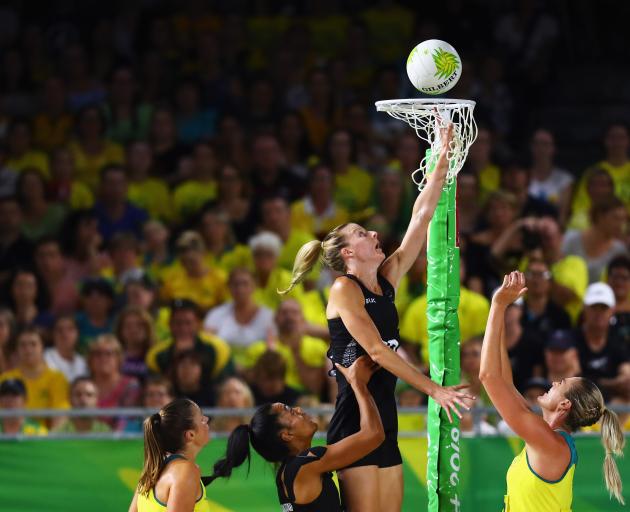 Three losses on the Gold Coast, the latest 65-44 to Australia in the semifinal, and yet the Silver Ferns somehow remain in contention for an unlikely bronze.

Even that looks a long way off after Jamaica pushed England all the way in the other semi.

Setting aside the mediocrity of the Ferns' fight for bronze, even that colour medal would fall well short of expectations for a team that's claimed two golds and three silver medals previously.

Losing to Australia, defending champions, is no surprise on the back of defeats to Malawi and England in pool play. But the fact a pasting is now a formality has rendered a once mighty rivalry tenuous.

Under Janine Southby, the Ferns have now lost nine of their past 11 against Australia. This was merely the latest in Southby's fast unraveling tenure – all sense says she has one game left before the SOS is sent to Noeline Taurua, if it hasn't already.

Last time the Ferns met Australia they lost by 19 goals, their second worst defeat to the old foe, in the Quad Series in Johannesburg.

This eclipsed that, but didn't' quite overtake the worst of 31 goals back in 1948. Some solace, perhaps. That is the grim reality the Ferns are in.

As expected, the Ferns were never in the same league as Australia. The hosts consistently built their lead. Six in the first quarter grew to 11 in the second to 20 in the third. With the result decided so far out, there was never any real tension at the Coomera Indoor Sports Centre.

Katrina Grant did her best to inspire, leaping through the air with anticipation to snaffle intercepts but the skipper couldn't do it alone.

The shooting end battled to get good position and again percentages were well below 80; a baseline at this level. Australia, meanwhile, shot around 90 per cent.

While Australia largely enjoyed smooth, slick passages through to the tower that is Caitlin Bassett stationed under the hoop, the Ferns struggled to bring ball through court with any pace and fluency in the face of suffocating man-on marking.

In such bad place, the Ferns must now pick themselves up for the third place playoff; a situation no team ever wants to confront.

In the other semi, England eventually pulled away for a dramatic 56-55 victory, winning the last quarter by five goals.

Given the Ferns lost their last two games to Jamaica, they will now start the bronze playoff outsiders.

Even the most loyal supporters must be shaking their heads.