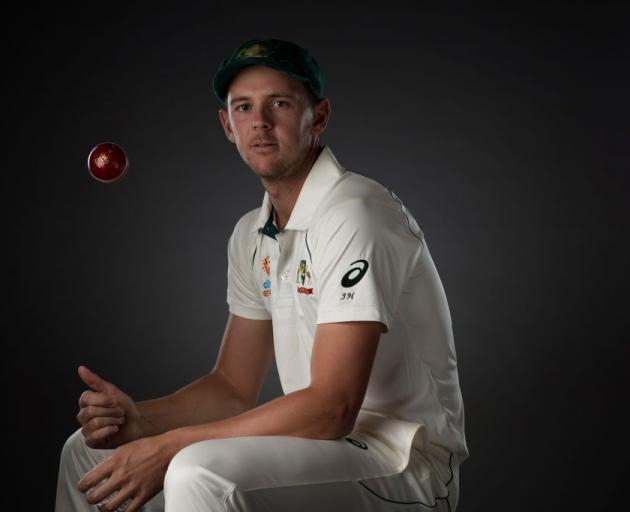 Quick bowler Josh Hazlewood. Photo: Getty Images
Australia's Josh Hazlewood says the proposed ban on cricketers using saliva to shine the ball will be difficult to police but ultimately might not make much difference to the art of swing bowling.

The International Cricket Council's (ICC) cricket committee has recommended the ban on the use of spit when the sport returns after the coronavirus shutdown because of fears it could lead to the spread of Covid-19.

Cricketers have long used saliva and sweat to shine one side of the ball, altering the aerodynamics in an attempt to generate movement in the air as it flies towards the batsman.

Sweat, which carries less risk of transmission, will still be allowed if the ban is enforced but quick bowler Hazlewood thought it would be tough for umpires to end the practise of applying a bit of spit to the ball.

"I'd like saliva to be used obviously but if that's what they've put forward, I guess everyone is playing the same game," he told Sydney's Daily Telegraph.

"Once it comes back to you as a bowler, it's second nature to just give it a little touch up if you see something, and that's going to be hard to stop to be honest. And it's a tough thing to monitor for sure."

Hazlewood, while admitting he had no medical training, questioned whether the measure was necessary at all given that players live in each other's pockets during matches.

As to whether it would make much of a difference to the effectiveness of pace bowling, Hazlewood was uncertain.

"Sweat probably makes (the ball) a bit wetter if that makes sense. Makes it a bit heavier," he added.

"I think you’ll use very small amounts because people have sweaty hands anyway and it gets on the ball ... I don't think this will have as big an impact as what people think."