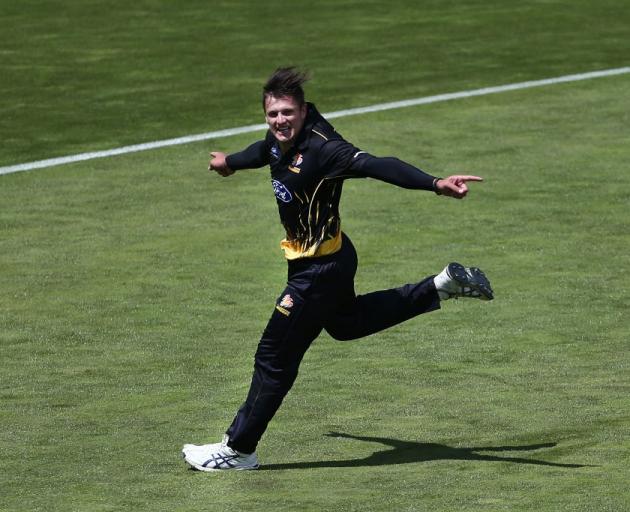 He has been included in the 14-man squad for the T20 series against cricketing heavyweights India.

With Trent Boult and Lockie Ferguson still recovering from injuries suffered in the disastrous test series against Australia, Bennett, one of the leading wicket-takers in this season's Super Smash, is in line to make his first international appearance since 2017.

Selector Gavin Larsen said the call-up was just reward for the 32-year-old's form and perseverance.

"We're delighted to have Hamish back in the fold for what will be a huge series against India," Larsen said.

Kane Williamson returns to lead the squad after missing the England series in November with a hip injury.

Tom Bruce has also been recalled for the final two games of the series in a swap-out with all-rounder Colin de Grandhomme.

Bruce will get an early look at India in the one-day format next week when he captains the New Zealand A side against their star-studded counterparts — who boast 10 internationals.

Bruce is joined in the 13-player squad by Todd Astle, Glenn Phillips and Tom Blundell, who all featured in the recent test series, and Jimmy Neesham, who missed the final two round-robin games of the Super Smash due to injury.

"The next few weeks will be really intense for our elite male cricketers and we're fully aware of the challenges ahead. We're clearly wanting to win the series in front of us while also considering our wider ICC T20 World Cup campaign plan," Larsen said.

"We see both Daryl [Mitchell] and Jimmy as important all-rounders in the T20 format. With a travelling squad of just 13 and the need to balance the options for the series, Daryl gets this opportunity against India as a reward for his consistent form."

The five-match T20 series starts at Eden Park on January 24.