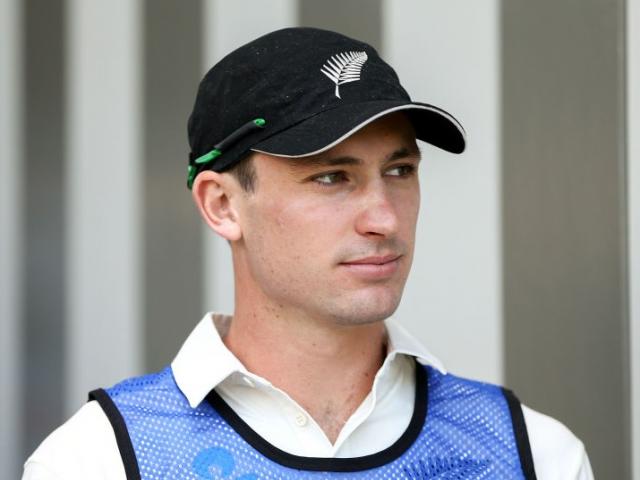 Will Young scored almost 50 percent of the Black Caps' runs. Photo: Getty
The Black Caps' mini-revival in Bangladesh is over, the team losing by six wickets in the fourth Twenty20 to fall to a series defeat.

A dominant victory in the third of five clashes had provided clues that the Kiwis were starting to adapt to the Dhaka conditions, but the batsmen couldn't handle an admittedly dour pitch as they were rolled for 93.

Another solid bowling performance saw Bangladesh pushed into the final over, but it was never as close as the five balls of breathing room may suggest, with Bangladesh captain Mahmudullah's unbeaten 43 off 48 balls ensuring Friday's fifth and final clash will be a dead rubber.

While the Black Caps may be left ruing some elements of their bowling and fielding display, they would have had to be near perfection to defend 94, in what was another limp batting effort.

Rachin Ravindra's tricky tour as an opener continued when he fell for a five-ball duck, Henry Nicholls' one off five balls was nearly as poor, and Colin de Grandhomme's miserable tour with the bat continued – and possibly ended – with a first-ball duck, when he was caught behind off spinner Nasum Ahmed, who took 4-10 as the Black Caps slumped from 51-2 to 52-5.

They had been set up solidly by Tom Latham (21 off 26 balls), while Finn Allen (12 off eight) again showed his immense potential by reverse sweeping Shakib Al Hasan for six in the shot of the series, and also displayed his exuberance by getting out attempting the shot a third time.

Despite the decent platform, the only other man to pass four was Will Young, who made an inherently risky start when sitting on six off 16, and was also an amused part of the worst review of all time – an lbw referral for a delivery that came off the middle of the bat.

However, he picked up the pace with some handy boundaries, and while he held the innings together in his 46 off 48 balls, that was 49.5 percent of the team's runs, as the middle and tail order collapsed around him.

Mustafizur Rahman (4-12) was the main reason for those struggles, removing Cole McConchie for a duck, and Tom Blundell for a grim four off 10 balls that was exacerbated by a left quad strain that saw him unable to field.

Young holed out in the deep in the final over and New Zealand were left with the unenviable task of defending 94.

Once again, Ajaz Patel gave them a chance, with the double strike of Al Hasan and Mushfiqur Rahim highlighting his fantastic 2-9 from four overs which has thrust him into contention as the back-up spinner should there be injury in the T20 World Cup squad.

He was again helped by Bangladesh's questionable batting, with both batsmen opting for needlessly aggressive shots, but Mahmudullah drastically calmed things down, tinkering his way to five from 14 balls.

The negligible required run rate contributed to that approach, but so did Ravindra's bowling, with miserly figures of 4-0-8-0 showcasing his improvement throughout the series.

De Grandhomme was New Zealand's other solid contributor with the ball, going for just 13 from three overs, but McConchie was blasted for 34 from his 3.1 overs, an ultimately game-defining outlier compared to his fellow tweakers' combined return of 8-0-17-2.

One big over off his bowling saw the equation plummet from 46 off 54 balls to 34 off 48, and while Mohammad Naim's 35-ball stay ended when run out by sub fielder Doug Bracewell, Mahmudullah remained.

In the end, it was New Zealand's captain who missed the big opportunity to remove his counterpart. Needing 20 off 23 balls, Patel lured Mahmudullah down the crease and beat the bat, but Latham couldn't take it cleanly behind the stumps, and the stumping opportunity was gone.

A run of 39 balls without a boundary took the game into the death phase, but needing 13 off 12, Mahmudullah hammered Blair Tickner for six to remove any doubt, and seal a series victory. 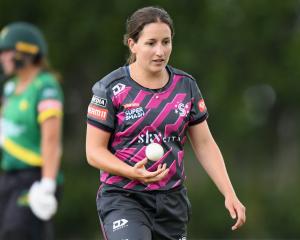