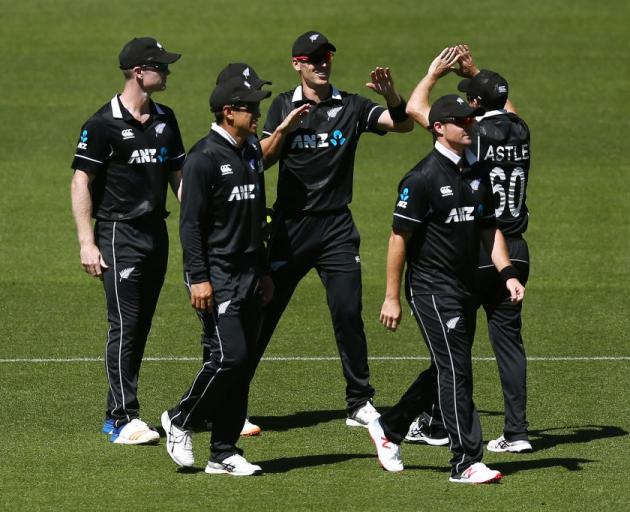 The Black Caps will not tour Ireland this winter. Photo: Getty Images
Ireland's home series against New Zealand and Pakistan scheduled for June and July have been postponed due to the COVID-19 pandemic, their cricket boards said on Thursday.

The pandemic has brought world sport to a virtual standstill and with government restrictions on air travel between countries, Cricket Ireland (CI) had no choice but to postpone the series.

New Zealand, who were due to play three Twenty20 internationals and three one-day internationals (ODIs), informed the hosts they would not be able to fly out.

"It had become fairly obvious following the recent series of government announcements in the Republic and UK that the New Zealand series was not feasible," Warren Deutrom, Cricket Ireland's chief executive, said in a statement.

"We had also said previously that the fate of some fixtures could be dependent upon decisions by the travelling team's government... New Zealand Cricket contacted us to inform us that they could not travel."

Pakistan, scheduled to play Ireland in two T20 games in Dublin on July 12 and 14, supported the decision.

"As we have all reiterated, the safety and security of players, officials and fans comes first," PCB chief executive Wasim Khan said.

"It remains a challenging time for all nations that are due to be hosting home series in the coming months."

Ireland are scheduled to play England in three ODIs in September, matches which are part the inaugural World Cup Super League, and Deutrom said they are in discussions with England's cricket board (ECB).

"Numerous challenges have to be resolved – notably around timing, bio-secure venues and quarantine requirements for players who travel," Deutrom added.

"We will continue to work with the ECB on trying to make these fixtures happen, but the issues involved will take a little while to work through."