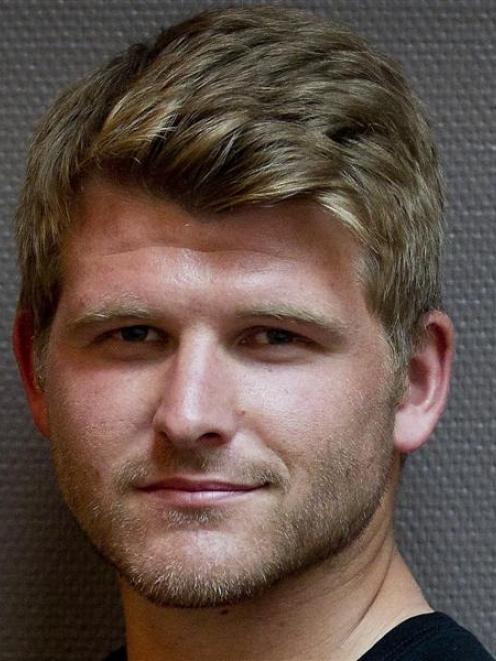 Corey Anderson: 'I don't think there's any need to say anyone's out of form. I think we're trucking pretty nicely.'
New Zealand played four, won four, are top of their group and sailing along nicely towards the World Cup quarter-final in Wellington this month.

All tickety-boo, then, for the co-hosts. But a closer inspection offers a couple of areas where there might be an issue to furrow New Zealand's brow -- death bowling and lack of middle-order productivity.

New Zealand's top-order batting and key early bowling have been impressive, but encouraging as that is, the flipside is that a couple of areas have yet to be fully examined.

Their ability to make life awkward in the closing 10 overs of an opponent's innings hasn't been tested in the Cup.

Sri Lanka were well off the pace in their chase in the opening game in Christchurch; Scotland didn't get that far in Dunedin, batting first; England were blown away by Tim Southee in Wellington and there were only 55.3 overs bowled in the entire thriller against Australia at Eden Park last Saturday.

And while it's all very well trumpeting how impressively Southee and co have gone about their work, it's reasonable to assume New Zealand's skills in the closing overs will be under scrutiny in a couple of weeks.

It's hard to have both, though, and better to truck along as they are, argued allrounder Corey Anderson yesterday ahead of Sunday's game against Afghanistan at McLean Park and next week's final pool match against Bangladesh in Hamilton.

"If you're winning games and bowling teams out for 150 then you're doing your job pretty well," Anderson said. "And if the lower order is not having to bat much, it means the guys at the top are doing their job as well. So it's all going pretty good."

Caught up in the Mitchell Starc cyclone that sliced through New Zealand's middle and lower order on Saturday, Ross Taylor and Grant Elliott were out for one and 0 respectively, Luke Ronchi for six.

Martin Guptill, captain Brendon McCullum, Kane Williamson and Anderson have mustered 567 between them out of a total of 754.

"Not necessarily," Anderson said when asked if there were concerns at that lack of time for the middle, in the middle. "It was not that long ago that we saw a lot of guys getting runs -- Ronks [Ronchi] got 170 in Dunedin [against Sri Lanka pre-cup], Ross got 100 here last time [Napier, February 3 against Pakistan].

"We've had plenty of time in the middle, big breaks in between [games] and lots of time in the nets. I don't think there's any need to say anyone's out of form. I think we're trucking pretty nicely."

As for the lack of closing overs action, and with it the chance to assess how plans are panning out, Anderson said New Zealand's bowlers had been working hard in training, "so if we get in that position, we'll be fine". "It's nice to have teams out before the 30th or 35 overs but we've got to make sure when things aren't going our way we have to keep a calm head," he added.

"That's what Brendon has done well with us."

Don't expect to see a change in philosophy for the remaining group games. There's no need to rush with run rates in mind, but the broad thrust of going hard remains New Zealand's modus operandi of choice. And after all, it's worked well so far.