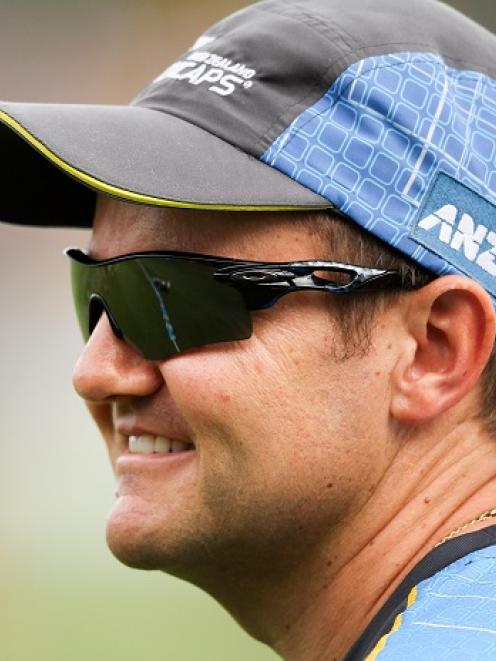 Mike Hesson
Change might be forced upon the New Zealand team for their final group A game against Bangladesh in Hamilton on Friday.

Several players have come down with an illness in the wake of the six-wicket win over Afghanistan at McLean Park yesterday.

New Zealand coach Mike Hesson wouldn't name names, or disclose the nature of the illness, but made it clear there won't be any chances taken.

"At least two or three are down, so we'll see how they scrub up."

In addition, fast bowler Adam Milne is the only player with a minor niggle. He damaged AC joint in his shoulder taking a catch at the end of Afghanistan's innings yesterday, but Hesson was confident he would be fit for selection for Friday.

He maintained there would be no risks taken with players against Bangladesh.

"If guys have a niggle we won't force it with the gaps between games.

"When you've got two games in 21 days (between the Australian group game on February 28 and the quarter-final on March 21) we're not going to make it one in 21 in terms of preparation. If these guys are fit and still performing they'll get first chance."

New Zealand have stuck with the same XI for all four group games, and they've gone unbeaten to keep the co-hosts top of the group.

"We are in the middle of a World Cup and it's not a matter of thinking about tomorrow; it's a matter of making sure we do not drop the ball and keep putting in good performances."

Hesson liked what he saw from New Zealand yesterday.

"It was a pretty thorough performance really. I was really pleased with the effort. We were pretty proficient in the field and it was a pretty good chase. All in all, job done."

As for the World Cup, Hesson's first in charge of New Zealand, he likes the structure.

"I think it's a great format. I really like the different facilities you play in every day. All grounds have slightly different characteristics. We've had some high scoring close ones, some low ones, like we had (against Australia) in Auckland. I think it's been a thoroughly enjoyable tournament."

Asked if he rated Australia as New Zealand's biggest threat, after their win over Sri Lanka in Sydney last night, Hesson was diplomatic.

"I see everyone as the biggest threat and we won't underestimate anyone."