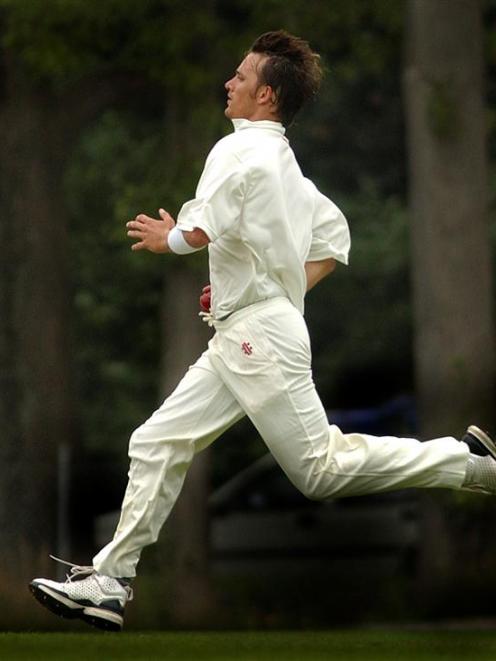 Shane Bond
Shane Bond's wife, Tracey, went out for a run, but New Zealand's best fast bowler was not alone as he watched his value soar off the radar at the third Indian Premier League auction in Mumbai last night.

Bond had his parents-in-law for company as he saw himself being bought by the Kolkata Knight Riders franchise for an undisclosed amount in excess of the total franchise ceiling of US$750,000 ($1.01 million) for one season.

The 34-year-old is perfectly placed to cash in somewhere near his maximum value when the IPL begins on March 12, having retired late last year from test cricket.

New Zealand's test players in the IPL will be committed to a two-test series against Australia, starting on March 19.

Players are paid on a pro-rata basis and Bond, who will have New Zealand ODI commitments until March 13, believes he will miss the first two games.

"It was surreal, and because it happens so fast it's easy to get excited," Bond said last night.

"It was amazing to watch. Brilliant."

Bond was not the first player to break to franchise cap on his own last night.

West Indian all-rounder Kieron Pollard also smashed through the US$750,000 mark, courtesy of the Mumbai Indians.

Bond had "heard a couple of whisperings" that there was strong interest in his talents.

"But it's just an unknown. You never knew what was going to happen and when you knew you were up it was weird."

"We know about his injuries but he is not going to play test cricket and we understand he is in good shape," Jai Mehta, co-owner of the Kolkata franchise, said.

Fellow New Zealander Grant Elliott went unsold at his base price of US$100,000.

The other New Zealand players on the table, Nathan McCullum and Lou Vincent (both $US50,000), were not picked up.