Cricket: A look at the semi-finals 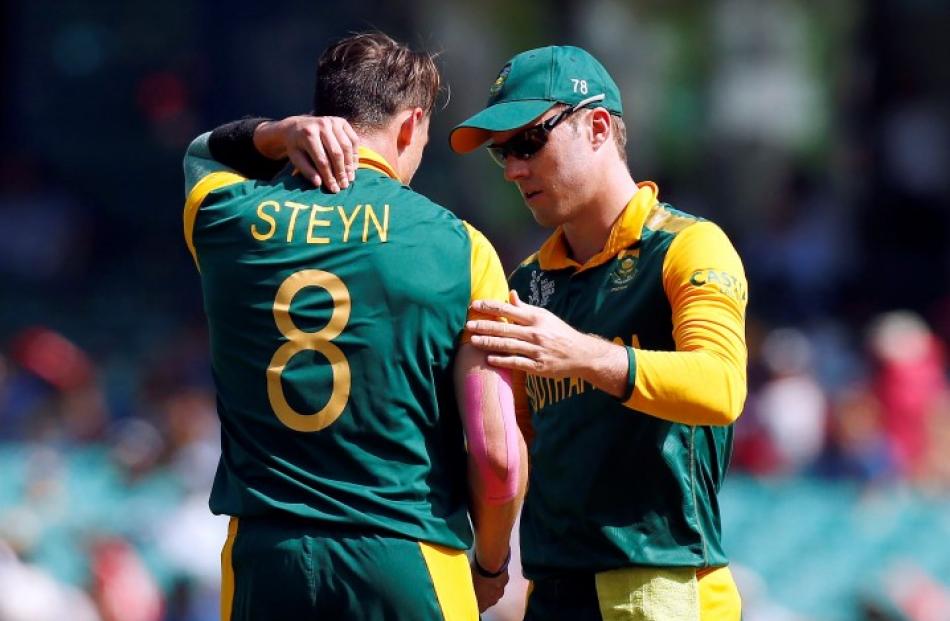 There are just two games remaining until the Cricket World Cup final at the MCG on Sunday. AAP and the Otago Daily Times break down the semifinal match-ups.

Form: Imposing. Yet to be beaten and demolished the West Indies in Saturday's quarterfinal, making a fool of those who questioned whether the Black Caps had the mettle to handle the pressure of such an occasion.

The big questions: Will a fairytale run continue and lead to the Black Caps making the final for the first time? Is there a big innings lurking in Ross Taylor's bat? How will the New Zealanders cope with the South African bowling attack?

Form: Building ominously. Inconsistent in the pool stage, but fired with bat and ball against Sri Lanka to comfortably bank the country's first win in a World Cup knockout fixture.

The big questions: Is Dale Steyn back to his lethal best? Is the batting order slightly brittle apart from the phenomenal AB de Villiers and Hashim Amla? Can the Proteas get rid of the ''chokers'' tag?

Form: Largely impressive. A collapse of eight for 26 in Auckland was embarrassing and there would have been a few nervous moments when Shane Watson was dropped with the quarterfinal in the balance, but the co-host has otherwise excelled as expected.

The big questions: Are the Australians the relatively warm favourites to win this tournament? Can any batsman handle Mitchell Starc right now? Could the lack of a classy spin bowler hurt the home side?

Form: Outstanding. Undefeated in the group stage then mostly untroubled against Bangladesh in their quarterfinal. Almost every batsmen has played a match-winning innings during the tournament, while the attack has been surprisingly potent.

The big questions: Will the Indians revel in the Sydney conditions? Can the pacemen continue their surprisingly good form? Will the pressure to defend the World Cup become unbearable if the Indians have a poor start?

Adrian Seconi and Hayden Meikle identify one key player from each of the four Cricket World Cup semifinalists.-

The oil: Yes, yes, Martin Guptill is the man of the moment after his incredible 237 not out, and Brendon McCullum is the one everyone wants to see get a sizzling ton, and Ross Taylor is the one who is due. But this could be the time for Williamson, who has had a steady rather than spectacular World Cup, to shine.

The oil: Forget Chris Gayle, Glenn Maxwell or even our own McCullum - de Villiers scores more runs, more often and just as quickly. If this man has his eye in and there are at least 10 overs remaining, you may as well start thinking about how to go about chasing 400-odd.

The numbers: 18 wickets (second-most in the tournament) at the obscene average of 9.77.

The oil: Has replaced that other Mitchell (Johnson) as the left-arm nasty fasty everyone loves to hate. Can terrorise batsmen with swing and pace. And, naturally, loves delivering a few verbal bouncers as well.

The numbers: 17 wickets at an average of 13.29. His strike rate of 18 is outstanding and his economy of 4.43 completes an impressive picture.

The oil: Who would have thought India would be blasting sides out and doing it by bowling with the kind of hostile intent more familiar to Pakistan? Shami has been a key figure in the new game plan. He is quick, he gets reverse in the right conditions and he is not afraid to bowl a bumper.