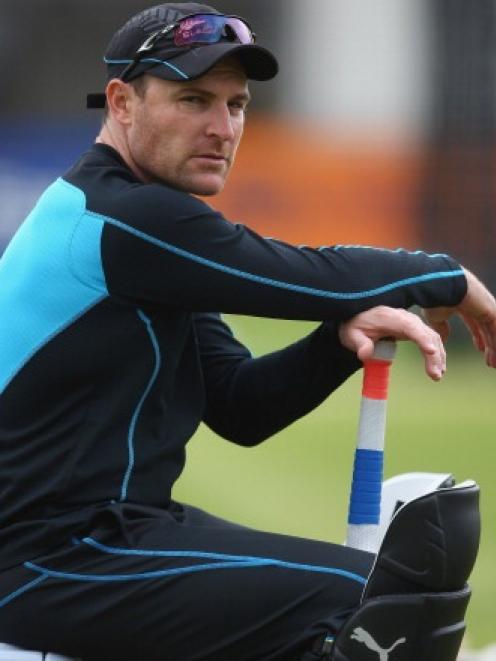 Brendon McCullum
New Zealand will name the same XI to play against England in their World Cup match tomorrow in Wellington.

It means the same team for the first three games of the tournament after earlier posting wins against Sri Lanka and Scotland.

Captain Brendon McCullum's confirmed the squad is injury-free and there was no need for changes as a reward for the performance.

"We've played a bit of cricket on this wicket so we expect it to be similar and this team will suit us well on this ground," he said. "We knew the scheduling well before so we've been able to factor that into our preparation and we go in with no excuses.

"We give ourselves a good chance and hopefully we can replicate our form of late."

The match shapes as one which could be decided by the venom of the two pace attacks with Tim Southee, Trent Boult and Adam Milne likely to be pitted against James Anderson, Stuart Broad and Steven Finn.

McCullum said Boult's rise to prominence with the white ball, resulting in an Indian Premier league contract of $814,000, was marked.

"Trent was operating in our test lineup and, because of the sheer volume of cricket we were playing, we couldn't give him the opportunities with the white ball because other guys were standing up and performing.

"The way that he's stepped up and performed a role for us so far with Tim Southee makes them a dangerous opening partnership and they feed off one another.

"If you're a good bowler in test cricket, you can certainly be a good bowler in one-day cricket and we've seen Trent's ability to swing the ball. The fact there are two new balls helps. He's developing nicely as a strike weapon. He'll face some challenges when opposition teams try to be more aggressive but I think he's got the skills to overcome that."

England batting coach Mark Ramprakash was wary of what the New Zealanders can produce.

"I like the variety of the attack. Our players will be preparing for the ball to swing early because they get the ball in the right areas to trouble batsmen. Our players need to know where their scoring areas are, and where they can hurt the opposition."

McCullum also reflected on England's experience with the ball.

"They've got a bit of pace and bounce with Broad and Anderson. They're going to pose some different challenges to what we've faced in the last little while but it's a challenge the boys are looking forward to.

"The wicket normally has a few runs in it so hopefully we can still perform a similar [batting] blueprint that we've operated with in the last 12-18 months."

New Zealand have won nine of their last 11 ODI matches in Wellington.