Cricket: Pressure will be on Black Caps, says Finch 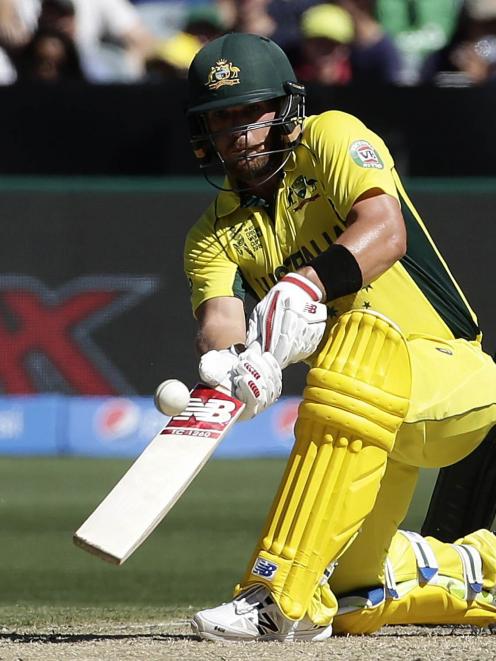 Aaron Finch. Photo by Reuters
It didn't take long for the P word to make an appearance.

Pressure, there's been plenty of it to hand around so already at this World Cup and according to Australian opener Aaron Finch, New Zealand will be carrying the load at Eden Park on Saturday.

"All the pressure is going to be on New Zealand the way they've been playing... here in New Zealand as well," Finch said.

It's clearly a hard thing to keep up with, this pressure business and, truth be told, utterly irrelevant until the umpires have called play and we start to see who's got their heads switched on and who hasn't.

"Their expectations have been high from the start," Finch said. "They came into the competition with a lot of momentum and playing some great cricket. They've got every right to be confident. We've had two weeks off and are feeling fresh."

But if pressure is a nebulous concept, there can be no denying the sense of expectation. For the first time in years, New Zealand will go into an international against Australia not just hoping to win, but confident.

"The game coming up is the biggest of the pool so far and our biggest challenge for us so far," Finch said. "It goes a long way to determining where you finish in the group and New Zealand are playing some great cricket. We feel we are as well. I haven't seen the ground or the wicket or anything like that, but scores are generally pretty high here. It's going to be a high-scoring game, something that probably suits both teams strengths."

Finch, 28 years old and with 42 ODIs to his name, has not played at Eden Park before. In fact, he has only ever met New Zealand in a T20 warm-up match, an anomaly in these days of wall-to-wall cricket. The lack of familiarity has been no barrier to him analysing the job he has to do.

"Their bowling at the top of the innings has been outstanding with [Tim] Southee and Trent Boult and other guys chipping in so myself and Davey Warner are going to have to play as well as we can to negate them."

- by Dylan Cleaver of the New Zealand Herald