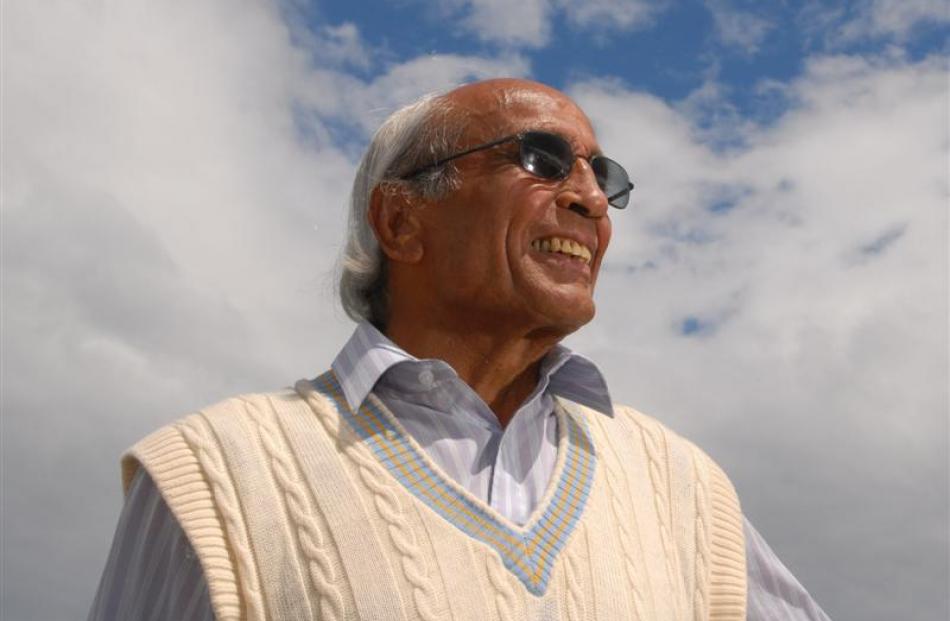 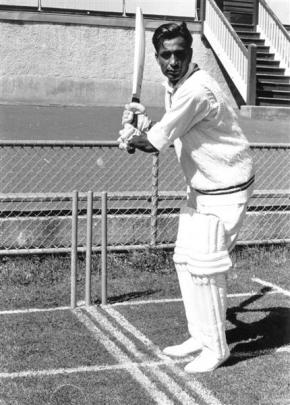 A young Billy Ibadulla batting in the nets at Carisbrook. 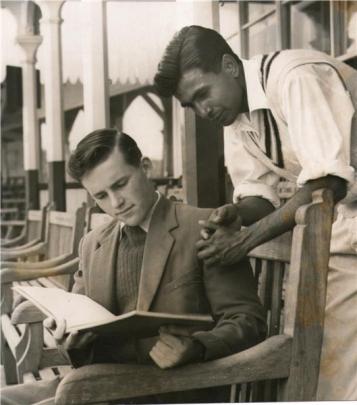 Almost a decade ago, professionalism was ushered into New Zealand's first-class cricket structure. It changed the character of the game in New Zealand and the life of cricketers.

Cricket's image changed from being a game of amateur cricketers to one of full-time cricketers, with a sense of responsibility and reliability.

The cricketers with playing contracts in their pockets no longer had to rely on their employers to allow them time off to represent their provinces; and the life for cricketers, with families and for those with limited employment scope, became easier. It was a change for the better.

The supporters, the public and the businesses warmed to and reacted enthusiastically towards the new structure.

Serious sponsorship and advertising dollars began to give the game a commercial status.

Cricketers' playing uniforms, with stylish motifs of big businesses, which adorned the chests and shoulders of players like heraldic badges, made them appear the very emblems of sporting success.

Therefore, it was inevitable young cricketers would see cricket as a lifestyle. Attached to this came one of the most powerful engines of all sporting achievement: fame.

Now, with its accompanying attractions of money and travel, many a talented and ambitious teenage cricketer began to see sporting glory beckoning - day and night.

In this present world of uncertain economy, daunting prospects for first-home buyers, and competitive employment market, professional cricket to some parents has started to appear as a viable career for their sons.

This provides a huge incentive, particularly to those youngsters who come from low-income families and from minority groups.

In either case, this view of the parents, I believe, adds a new vitality to New Zealand cricket in general, and to the wellbeing of future Black Caps in particular.

Sadly, though, the professional cricket setup in its present form in New Zealand is not entirely functional. It is a set-up for the use and benefit of the present contracted (professional) players, without any plan for the future.

The most fundamental flaw in the system is lodged in its productive channel, for there is no arrangement for the employment of young, junior professionals, thus creating a network in which a teenage cricketer is likely to find it difficult to play in first-class cricket unless he is a contracted player, and he can't become a professional unless he is a first-class cricketer.

A parent likened this situation to a Catch-22 dilemma when discussing the cricket future of their son with me. (Not long ago, a schoolboy wicketkeeper, Barry Gibson, aged 15 years and 27 days, became the youngest person to play first-class cricket in England. He was selected by the Yorkshire county cricket club to play in a "professional cricket" match against Durham University.

Also, 22-year-old international fast bowler Steven Finn, from England, Otago's signing for a short period this summer, "made his county debut for Middlesex as a 16-year-old".

In a true professional cricket framework, like English county cricket, two critical factors come into play. Both are vitally essential to the development of future first-class and test cricketers. One is financial security, and the other is opportunity.

But the present cricket structure in New Zealand appears to require young cricketers to reach the necessary level of playing skills at their own expense, at their own risk - giving up employment and educational opportunities, in their own time, before it will consider them for selection for first-class cricket (on a match-fee basis), leaving playing cricket as a full-time profession a distant dream.

There will be exceptions to this scenario, but a national professional cricket network does not and cannot exist on exceptions.

If that happens, it will be a signpost to slump for the Black Caps.

Considering the ongoing need for the emergence of top-class cricketers, some thought has to be given to the possibility that this cricketing environment in New Zealand is likely to force young cricketers to seek their first-class cricket future in another country. The history of cricket is punctuated with such cricketing migrations.

It is accepted that not all young professionals go on to reach their potential, but safeguarding against such a happening would be blocking the development of those who would deliver on their potential.

To underline this point, I refer to the picture accompanying this article. It shows 16-year-old Warwickshire professional, Dennis Amiss, who had acted as a stand-in scorer during a first-class game at Edgbaston, showing me a scorebook.

He was to become one of the outstanding batsmen for England and Warwickshire, as well as a most dignified and highly respected professional cricketer.