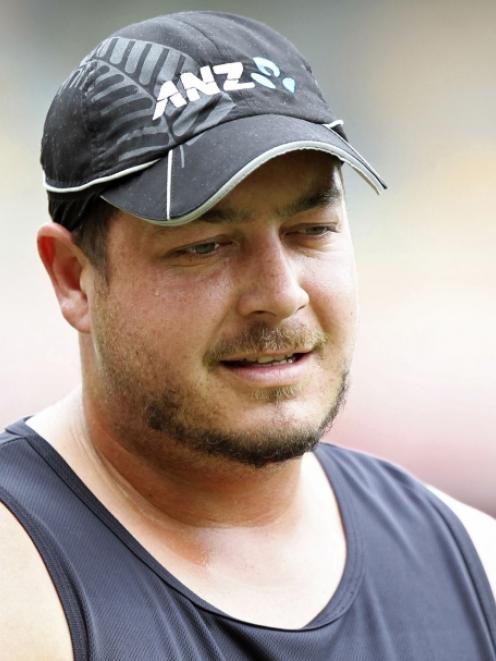 The probability of his representing New Zealand again appear minimal, as few are willing to unlock the door without significant guarantees the 31-year-old's behavioural problems - several of which have involved excessive alcohol consumption - are a thing of the past.

The prospect of the all-rounder returning has been raised in the wake of Brendon McCullum's retirement. The Herald on Sunday understands he wanted to check if there was scope for a reprieve.

Ryder has had no publicised protocol transgressions since he and Doug Bracewell stayed out late before the first test against India two years ago. Unlike Bracewell, Ryder has not played for the team since. He opted out of a New Zealand A tour in November 2014 for "personal reasons".

The risk of bringing him back under a new captain - expected to be Kane Williamson in all formats if his appointment for the World T20 is a gauge - is deemed considerable.

New Zealand excelled in white-ball cricket this summer but, despite a 2-0 test series victory over Sri Lanka, there remains a sense of vulnerability around their red-ball game after losing four of five tests to Australia.

Even if Ryder excelled upon return, the decision would be deemed a failure should any off-field antics dilute the overall performances of others, or fragment team unity.

The Black Caps do not operate under any specified rules because, as one source put it, "there was a break-through moment where people suddenly realised rules were for kids' teams". The expectation of self-discipline has sustained the team's success in recent years.

Ryder has delivered for English county Essex in his two-year international hiatus, but there's a school of thought he would need to complete a full domestic season before a New Zealand recall could be considered. Partly that would be to prove a sustained level of fitness, while also preparing him for the increased scrutiny that comes with the transition into national colours.

Age also shapes as a factor to stymie Ryder's return.

His ability at international level is proven, but McCullum's retirement means the selectors must be tempted to persevere with younger players and reward domestic success.

Henry Nicholls (24) is the logical fit to earn a sustained opportunity to replace McCullum at No 5 in tests, and Central Districts' George Worker (26) and Will Young (23), Northern Districts' Bharat Popli (25), Canterbury's Ken McClure (21) and Wellington's Tom Blundell (25) have shown promise this season.

Tom Latham is expected to take over from McCullum as a one-day opener in the interim, with Worker on the periphery after sublime Ford Trophy form and fledgling international experience in Africa.

In T20s, Colin Munro replaced McCullum at No 3 and scored the second fastest T20I half-century in 14 balls to secure a 2-0 series win over Sri Lanka last month.