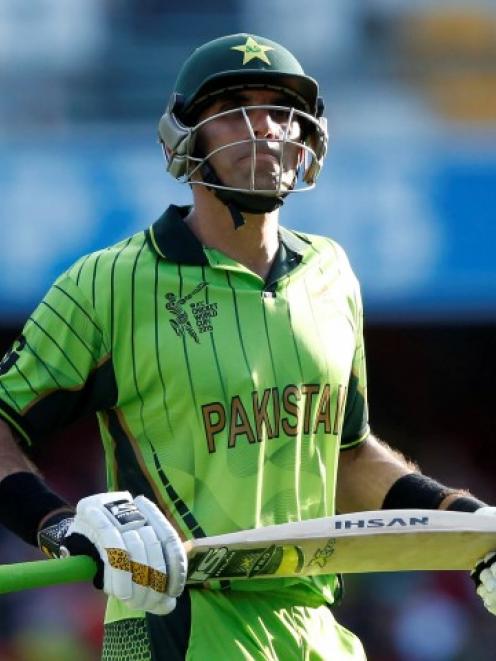 Pakistan captain Misbah-ul-Haq. Photo Reuters
Pakistan's true worth as a top flight international cricket nation will be on show at Eden Park tomorrow.

They have been ordinary in this tournament, losses to India and West Indies followed by less than thoroughly convincing wins over Zimbabwe and the United Arab Emirates.

So inevitably you hear the old line: remember 1992. In that cup, Pakistan were all but gone after five games, but Imran Khan's cornered tigers rose to win five successive games, culminating in the final against England in Melbourne.

But to suggest Misbah-ul-Haq's group bear comparison is laughable.

Life's a struggle right now. The batsmen have talent but lack intensity, the bowlers are useful but the fielding is dreadful.

Most disappointing is they don't appear to have that sense of urgency.

Coach Waqar Younis knows they need to stand tall against a South African side who seem to be growing as the cup has progressed.

They were bounced hard by India in Melbourne, but captain AB de Villiers, Hashim Amla and Faf du Plessis are leading a formidable batting operation, responded with a brace of 400-plus totals in their last two games; and only a mug would discount an attack including Dale Steyn, Morne Morkel and lively legspinner Imran Tahir. Plus they field like demons.

"We need to beat a top team to get our confidence back, and to tell the world that we are around," Waqar said.

"The South Africa game will be crucial, not just to qualify but for a morale booster. I'm not asking for too much. We have beaten South Africa in South Africa, so it is something we are definitely capable of," he said.