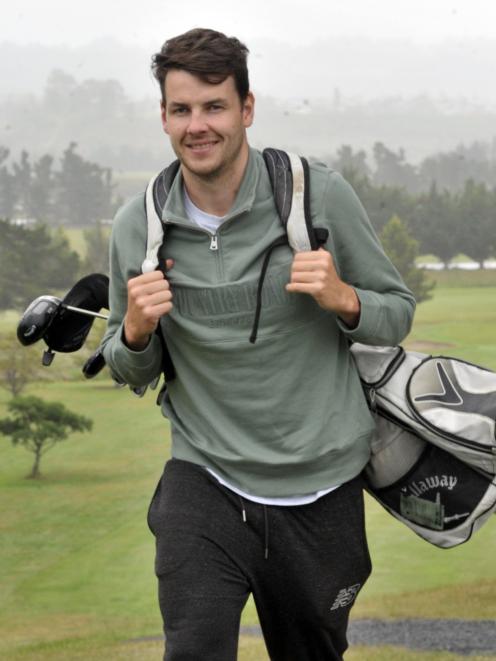 Jacob Duffy. Photo: ODT files
Otago pace bowler Jacob Duffy has returned from a quad strain in time for the final game of the season.

The 26-year-old right-armer has missed the past two first-class games for his province but rejoins the 12 in place of Jarrod McKay for today’s game against Northern Districts.

McKay made his first-class debut for the association in the tense 44-run win against Central Districts at the University of Otago Oval during the penultimate round.

He struggled to make an impact and finished the game with the match figures of none for 108 from 19.2 overs.

While McKay laboured, the game was memorable for a trio of Otago players.

Fast bowler Michael Rae claimed a hat trick in the most odd fashion. All his victims were caught at short leg by Dale Phillips.

Phillips had fine match as well. He struck a maiden century and all-rounder Michael Rippon enhanced his growing reputation with a career-best innings haul of six for 66. He picked up five of those wickets in 14 balls and he helped bowl Otago to a stunning win.

That result enabled the Volts to climb to second in the competition standings.

There is no chance of breaking the province’s first-class title drought, though. Canterbury had wrapped up the title with two rounds remaining.

Duffy’s return will be welcomed. He has had a tough season with the white ball but has 19 first-class wickets at an average of 20.42 this season.

He needs a further six wickets to reach 200 career first-class scalps. It would be a nice milestone to knock off before winter.

Northern Districts has been bolstered by the return of Black Caps leg-spinner Ish Sodhi.

Thankfully, from Otago’s point of view, Tim Southee was not available.

Scott Kuggeleijn has been replaced in the line-up by Brett Hampton in the only other change to the squad.

Peter Bocock has retained his spot, which means Black Caps gloveman BJ Watling is likely to play as a specialist batsman.

Neil Wagner is in the Northern Districts line-up. He has played most of his cricket for Otago and enjoyed plenty of success on the University of Otago Oval.