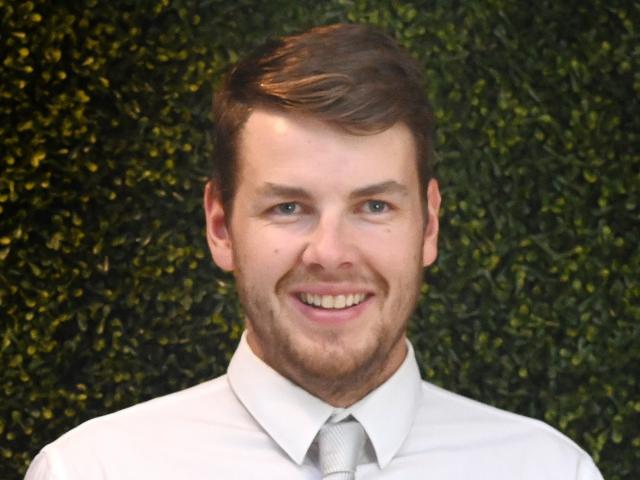 Jacob Duffy
Jacob Duffy made a surprise return from injury to lead Otago to a 23-run win against Canterbury with a five-wicket bag at Hagley Oval yesterday.

The Volts captain was not named in the team initially but was cleared to play late on Tuesday afternoon. He had picked up a knee complaint while with the New Zealand A side.

His return was a welcome boost for the Volts who needed to beat Canterbury to keep their playoff prospects alive. The strapping 25-year-old took two wickets in the last over to wrap up the innings and his haul of five for 38 was his fourth five-wicket bag in the format.

Otago coach Rob Walter said Duffy continued to enhance his reputation as a short-format bowler and ‘‘made a huge impact being back in the team’’.

‘‘He was outstanding. Obviously, he brought his captaincy back into the mix as well.

‘‘His leadership was another big factor in what was a big win for us. But in a must-win game for your lead bowler to take five is exactly how you want it to be.’’

Otago lost form batsman Nick Kelly early. The left-hander attempted to leave a delivery from Fraser Sheat but ended up steering it on to his stumps.

Neil Broom and Dean Foxcroft got Otago back on course with a partnership of 66 for the third wicket.

Andrew Hazeldine broke that partnership when Broom leaned back and ramped a ball to third man for 51.

Josh Finnie came and went quickly, although he was a metre out of his crease when given lbw.

Foxcroft was out late in the innings for a patient knock of 72 from 87 balls.

Will Williams picked up three late wickets to slow Otago’s charge at the death.

Canterbury made a useful start to the chase. But three quick wickets left the home side with some rebuilding to do.

Duffy got the dangerous Chad Bowes when he mistimed a hook shot for 21, and Bacon enticed an error from fellow opener Jack Boyle on 18.

Canterbury fought back through Ken McClure (29) and Todd Astle (31), but it was the 66-run partnership between Andrew Ellis and Cameron Fletcher which threaten to take the game away from Otago.

However, Bacon surprised Fletcher (37) with a bouncer and got the faint edge he was looking for. Then Ellis dragged a Duffy delivery back on to his stumps for 44. That left the tail with too much to do.

In Whangarei, Northern Districts beat competition front-runner Auckland by 63 runs while at the Basin Reserve, Wellington recorded a 118-run win against Central Districts.