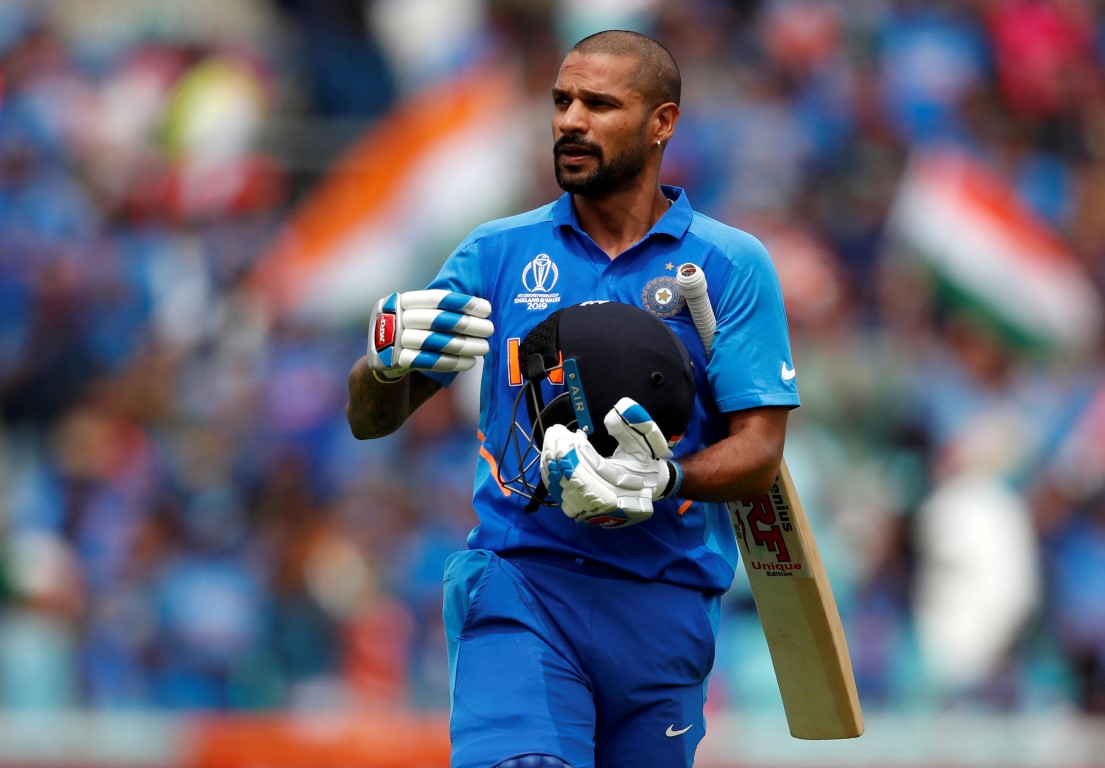 India's Shikhar Dhawan. Photo: Reuters
Shikhar Dhawan has been ruled out of India's tour of New Zealand with a shoulder injury, the country's cricket board (BCCI) says.

Dhawan, a regular opening batsman for India's limited overs teams, hurt his left shoulder while diving on the field in the series-clinching one-day international win over Australia in Bengaluru on Sunday.

"An MRI of his shoulder was conducted, and the results have confirmed a grade II injury of his acromio-clavicular joint," the BCCI said in a statement https://www.bcci.tv/articles/2020/news/145038/india-s-odi-squad-for-nz-s....

"His hand will be in a sling and he has been advised rest for some time. He will start his active rehab management in the first week of February at the National Cricket Academy."

Wicketkeeper-batsman Sanju Samson has been named the replacement for the Twenty20 internationals against New Zealand, while Prithvi Shaw has earned his maiden ODI call-up.

Shaw, who made a test century on debut in 2018, is already in New Zealand with the India A team and impressed with a blistering 150 in a warm-up match on Sunday.

India will play five T20Is, three ODIs and two tests during the New Zealand tour starting with the shortest format on Jan. 24.