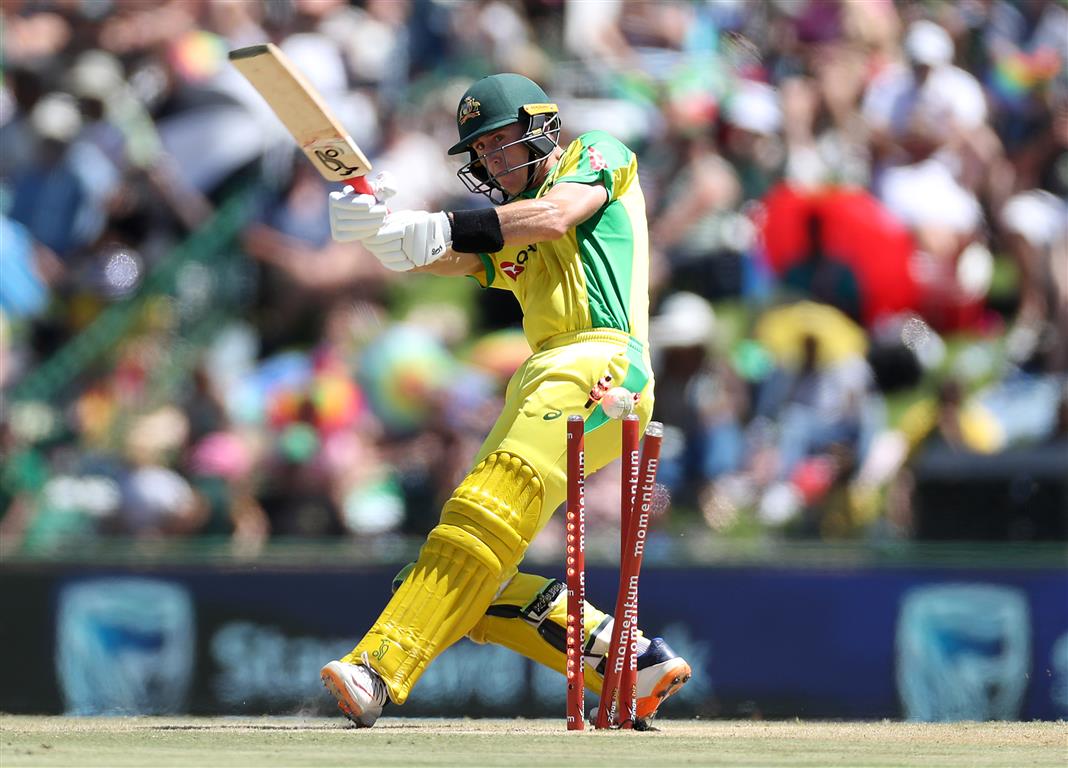 Cheered on by upwards of 50 family members, South Africa-born Labuschagne scored a run-a-ball 108 as Australia posted 7-254 in Potchefstroom on Saturday.

But the Proteas were in cruise control for most of their chase before reaching their target with 27 balls to spare and claiming a six-wicket victory.

Jon-Jon Smuts (84) top-scored for the hosts at Senwes Park and Heinrich Klaasen (68 not out) posted this third score above 50 for the series.

Josh Hazlewood (2-37) was the pick of Australia's bowlers.

It never looked like being a defendable total for an Australian attack missing Mitchell Starc and Pat Cummins, the latter rested and Starc having flown home early to support wife Alyssa Healy in the women's T20 World Cup final.

Labuschagne's emotional century at least provided a feel-good moment for Australia, who face a tight turnaround to a home ODI series against New Zealand and T20 fixtures across the Tasman.

Labuschagne grew up in Klerksdorp, some 40 minutes away from Potchefstroom, and didn't move to Australia until just before his 10th birthday.

Relatives from his mother's side of the family had driven five hours to see him make a golden duck in the previous match in Bloemfontein.

But it was a different story in Potchefstroom for the Labuschagne clan, who rose to their feet in jubilation along with plenty of Proteas supporters when he reached triple figures.

"I think I carried on like a bit of a goose but it was amazing," Labuschagne said.

"To have 50 of my family members up there from all around South Africa, it was just really special.

"It was nice to hear the cheering and excitement when you do reach those milestones. You never know how it's going to end up, whether the crowd will love you or hate you.

Jhye Richardson, summoned for his first game of the tour, chipped in with 24 not out in a 64-run seventh-wicket partnership.

But Australia's big guns failed to fire, crumbling to 3-55 after being sent into bat.

"Obviously (254) was probably not enough on that wicket," Labuschagne said.

"It's nice to score a hundred but to lose a game is still very disappointing."

Aaron Finch's men won't depart empty-handed, having tuned up for hosting the T20 World Cup later this year by winning the preceding 20-over series.

But while the next 50-over World Cup isn't until 2023, Australia have a lot of work to do in the format after being swept by a depleted Proteas outfit missing Faf du Plessis, Kagiso Rabada, Rassie van der Dussen and Temba Bavuma.