This may be time NZ sheds valiant loser tag 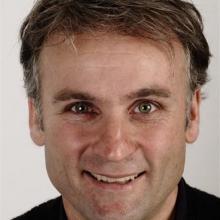 Adrian Seconi
Go on. Plan a sick day for July 15.

No-one will expect a thing. It's a Monday. People get horrendously sick on Mondays, only to return from the grave on Tuesdays.

Who is going to know you were up all night watching the Black Caps win the World Cup final.

OK. There is a bit of work for Kane Williamson's men to do between now and that glorious future victory.

And of course India and England boast stronger squads. Australia seems to be timing its redemption, err, run nicely, while South Africa has to eventually win an important World Cup game some day, right?

There is no Brendon McCullum this time either, so that means we are unlikely to see three slips and a gully again any time soon.

Who will be the glue in the middle and absorb the pressure at the death in the absence of Grant Elliott?

Daniel Vettori - the master of variation, flight and not spin - is no longer around either.

But when you put all the actual evidence aside - this could be the tournament where the Black Caps shed the valiant loser tag.

Exhibit A - the draw. A gentle, soothing start awaits.

Sri Lanka is first up at Cardiff on June 1. The Black Caps have won 11 of the past 15 completed games against that foe.

Bangladesh and Afghanistan ought to be gimmes.

The Black Caps should have three wins in the bank by the time they play India - one of the favourites - at Trent Bridge on June 13.

From there it is to Edgbaston for a replay of the dramatic 2015 World Cup semifinal against South Africa.

It is a crunch period for the Black Caps. A win against India or a South African choke could set up New Zealand for a strong second half to the tournament.

The men in black play the West Indies at Old Trafford on June 23. Opener Martin Guptill will be looking forward to that match.

He scored a couple of thousand runs plus change - or 237 not out for those concerned about accuracy - the last time the teams met at the World Cup.

The form book suggests the Pakistan game at Edgbaston should be a stroll. New Zealand has won 13 of the past 15 completed games against its former nemesis.

Inzamam-ul-Haq is just a selector these days, so all clear on that front. Just in case you need reminding, he engineered the dramatic comeback in the 1992 semifinal to oust New Zealand from the tournament.

For comfort's sack, Williamson will be hoping his side does not have to win its final two round-robin matches to make the semifinals.

The day-nighter against Australia at Lord's on June 30 could be tricky. But if the ball reverses it might actually have something to do with the atmosphere rather than any gentle massaging of the ball.

New Zealand's last round-robin game is against the home team on July 3. England seems able to chase down any score at the moment.

Boult and Guptill were tremendous four years ago, while Williamson and Taylor are yet to really shine on cricket's greatest stage.

That Monday in mid-July would be perfect timing. Who feels a cold coming on?