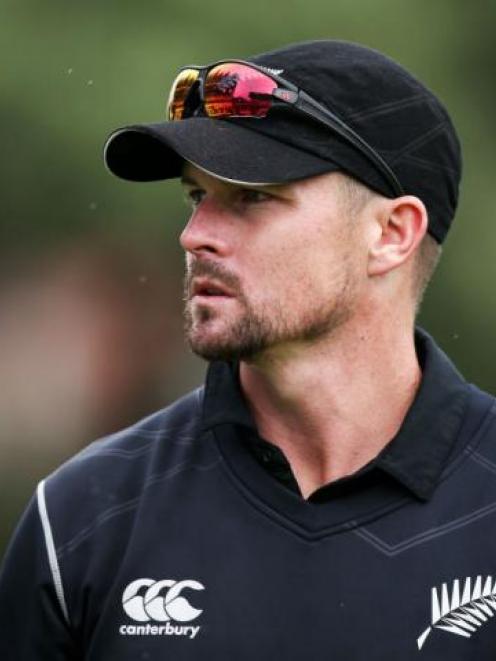 Colin Munro.
A New Zealand team seeking to play with more freedom has been boosted by the return of Colin Munro for the twenty20 tri-series opener against Australia.

However, he has been included in the 14-man squad for the clash in Sydney on Saturday.

Dropped from the group which faced Pakistan are pace bowler Lockie Ferguson and wicketkeeper Glenn Phillips.

Coach Mike Hesson hopes Munro will help inject some of the self-belief he said deserted the Black Caps in their twin T20 losses to Pakistan.

After winning their first 13 games of the home summer, the defeats left them contemplating a 2-1 series loss and a drop to second in the world rankings behind Pakistan.

‘‘The challenge for us is to make sure we play with freedom. It’s not the game where you can doubt yourself,’’ he said.

Ferguson has missed out to spinning all-rounder Anaru Kitchen, who could provide support to spin specialists Mitchell Santner and Ish Sodhi.

Hesson’s team will be reselected for their remaining tri-series matches in New Zealand.

He realises the importance of a good start on Saturday, particularly considering the calibre of opposition.

‘‘The England T20 side is the same as the one-day side that’s been performing so well,’’ he said. ‘‘And Australia is basically the Big Bash all-stars team really, with a couple of others.

‘‘It’s up to us to start well in Sydney and, hopefully, bring some momentum back to New Zealand.’’