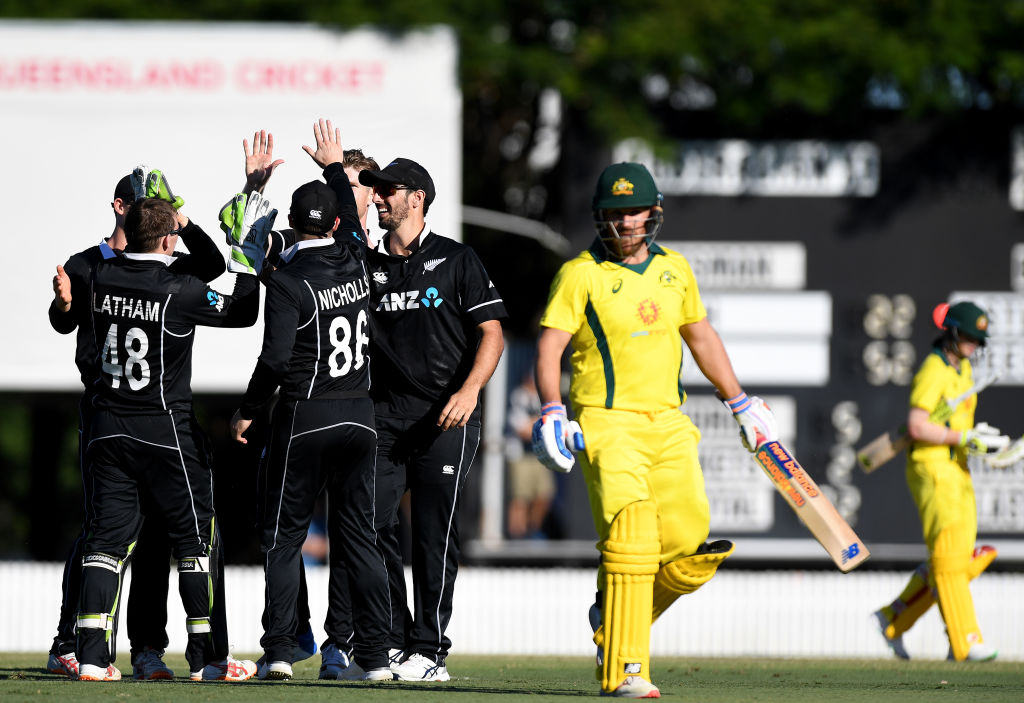 When Australia were sitting at 122-2 in response to New Zealand's 215, they looked to be cruising to victory, but a flurry of wickets saw New Zealand nearly pull off a surprise win.

It would have been an upset for two reasons - not only because of the situation they were in, but also because this New Zealand team only has five members of its World Cup squad playing in it, compared to Australia's full-strength outfit.

Despite the comeback though, a boundary to Adam Zampa gave Australia a tense one-wicket win with 10 balls to spare, Zampa and Jason Behrendorff putting on 14 for the last wicket to see the hosts home.

Earlier, World Cup bolter Tom Blundell (77 off 102 balls) and Will Young (60 from 69 balls) were the only two players to pass 15 for the NZ XI. The pair added 137 for the third wicket, having combined at 2-2 after openers George Worker and Henry Nicholls were both dismissed for ducks.

However, once Nathan Coulter-Nile dismissed the pair, there was little other resistance. Tom Latham made just 13 - dismissed by a superb catch from Steve Smith - Jimmy Neesham mustered 15, and Daryl Mitchell was stumped for five in the middle order. Only a late partnership between Todd Astle (15) and Hamish Bennett (11 not out) dragged New Zealand past 200.

When Aaron Finch (52) and David Warner (39) gave Australia a comfortable position after the early loss of opener Usman Khawaja, they looked set for an easy victory, but the hosts tumbled from 122-2 to 164-7 as all the New Zealand bowlers got in on the action.

It wasn't to be though, as Australia's tail-enders narrowly got them home.

The two sides meet again in Brisbane on Wednesday and Friday to continue their World Cup preparations.