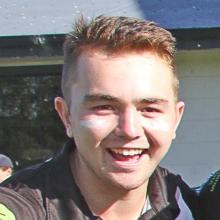 Kobe Thomson
The Owaka Bandits remain unbeaten in the South Otago 40 over competition.

The Bandits beat the Lawrence Lions by eight wickets and defended the Challenge Cup in Owaka on Saturday.

Lawrence opted to bat first on a slippery wicket and was rolled for just 68 in the 19th over.

A good opening spell of bowling from Quentin Gare and Nathan White knocked the top off the Lions order before Daniel White and Francis Parker combined well to dismiss the Lawrence side for a low total. Parker took four wickets for nine runs off five overs.

White’s three for 28 off four was also a strong effort.

Mitch Pryde finished with 28 off 44 deliveries for Lawrence.

Owaka reached the target in the 12th over giving it the bonus-point win. Gordon Edwards made an unbeaten 31.

Luke Jarvie bowled a tidy opening spell for Lawrence and was rewarded with a wicket in his debut match.

The Valley Stingers moved into second equal with the Waihola Swans with a three-wicket win over the Swans at Tuapeka Mouth.

Waihola was dismissed for 110 with three overs to spare after it was put in.

Valley’s Jonny May and Richard Ray gave little away in the opening stages with tidy spells of eight overs each. Marc Phillips took four wickets through the middle to tear the heart out of the Swans line-up.

Phillips was backed up well by Luis Smales and Bevan McCall who took two wickets each.

Some late hitting by Jamie Bungard (26) and Jamie Morton (23 not out) helped but the total set was always going to be hard to defend.

In reply the Stingers lost wickets regularly which piled the pressure on the middle and lower order. Phillips, though, continued his form and guided his side to victory with inside bonus-point range.

Phillips’ cool head was on show yet again towards the end of the innings, and he was unbeaten on 21.

Greg Webber was the pick of the Swans bowlers with three for 24 off six overs.

The Kai Kings beat the Clutha Comets by 75 runs in Balclutha.

The Kings were asked to bat first and were bowled out for 128 in the 37th over. Their blushes were saved by some middle-order runs from captain Mark Shepherd (26) and William Casey (33). They were also the benefactors of 38 extras bowled by the home side.

Connor Smith was the pick of the Comets bowlers and ended with figures of three for 15 off 6.4 overs.

In reply the Comets were rolled for just 53 before drinks.

He combined well with Jason Young to take eight wickets up front at a very economical rate. Each went for only 18 runs off their eight overs. 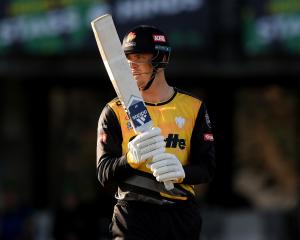 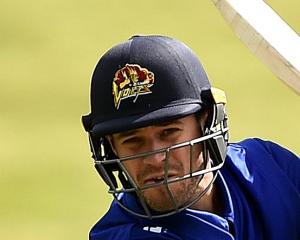 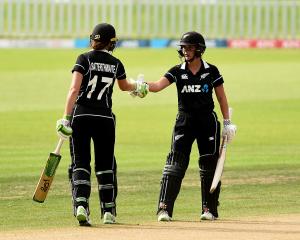 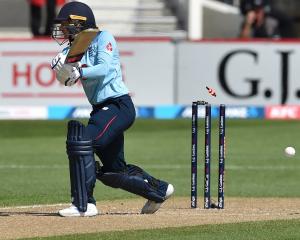