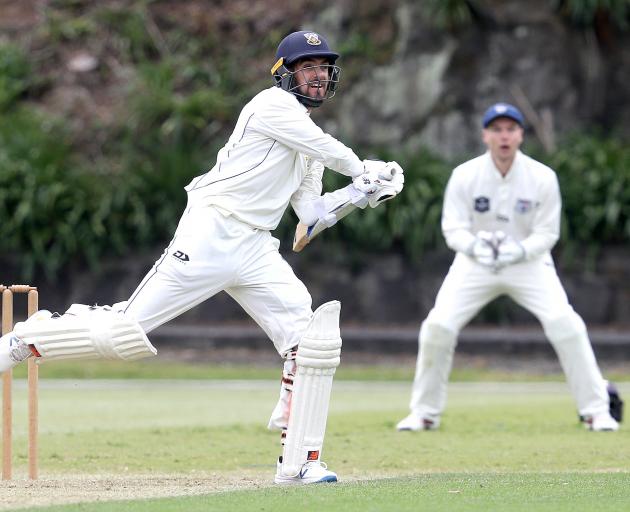 Otago all-rounder Michael Rippon swats a four on his way to a maiden century as Auckland wicketkeeper Ben Horne looks on during day one of a Plunket Shield match at Eden Park Outer Oval yesterday. PHOTOS: GETTY IMAGES
Michael Rippon clubbed his maiden century to help dig Otago out of a hole which just kept getting deeper at Eden Park Outer Oval yesterday.

His effort helped the Volts reach 186. Auckland was 79 for three in reply at stumps on day one.

The home team was firmly on top when Rippon strolled out to bat with Otago 21 for five.

Hamish Rutherford nicked out shortly after, leaving the Volts 33 for six.

Rippon had a large salvage job ahead and initially it looked beyond his capabilities on what was a reasonably lively pitch.

A glance went for four but almost ended in the gloves of Ben Horne. Then there was an attempted leave which was essentially a French cut for another boundary.

But Rippon grew in confidence the longer he was at the crease.

He started slapping the ball around and his batting partner, Max Chu — who survived some anxious moments as well — entered into the spirit.

The pair put on 107 for the seventh wicket.

Chu was bowled for a valuable 42 from a delivery which jagged back and hit middle and leg.

It was one of three wickets Danru Ferns picked up.

The right-armer finished with five for 39 from 12.5 overs and bowled the best ball of the innings.

It accounted for Anaru Kitchen, having climbed sharply off a length before brushing the shoulder of the bat.

But the day belonged to Rippon. He resurrected what was shaping as a dismal innings and brought up his century in his own style.

He clouted a delivery from Jamieson back over the bowler’s head for six. It was a little unorthodox,

but he swung through and connected nicely. It was a wonderful moment for the South African-born player. 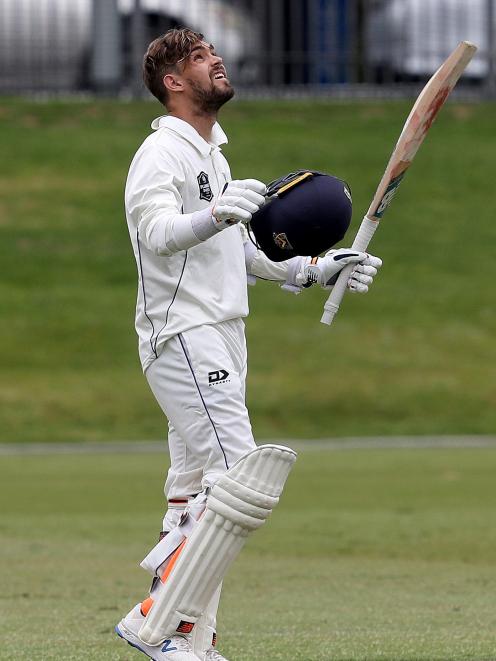 "It was a monkey off my back," Rippon said.

Last summer he was dismissed on 98 and was not out 95 in the last game of the season. Fair to say he reflected on those near misses yesterday.

"I’d be lying if I said I didn’t think about that. But I’m relieved and happy to have contributed."

Rippon added the knock was even more rewarding given the situation Otago found itself in.

In the other games, there was very little action at Seddon Park between Northern Districts and Central Districts.

Poor weather meant there was just 12 overs of play. Northern Districts advanced its scored from 81 for none to 121 without loss.

At the Basin Reserve, Wellington slumped from 46 for two overnight to be all out for a paltry 65. Canterbury was 148 for five in reply.