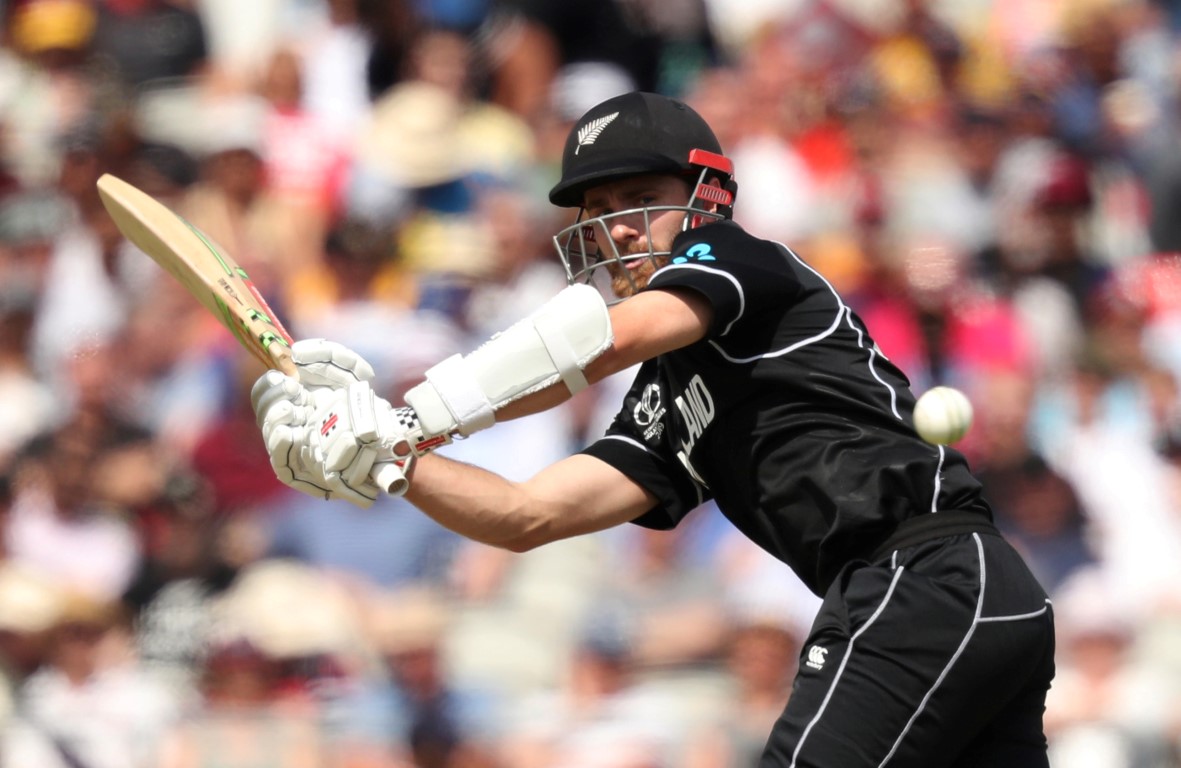 Kane Williamson on his way to a century against the West indies at Old Trafford. Photo: Reuters
One of cricket's greatest captains has described Kane Williamson as a genius, as the odds were slashed on a Kiwi World Cup triumph.

New Zealand are distant fourth favourites behind India, Australia and erratic England, but have lost their traditional dark horse tag after a string of victories and a rain-draw with powerful India.

Pre-tournament the Black Caps were priced between 13/1 and 10/1 to win the World Cup for the first time.

With yet another South African World Cup campaign having crashed, the Black Caps have risen to fourth favourites at odds between 6/1 and 9/2 after holding the West Indies at bay.

Former England captain Michael Vaughan was reaching for the superlatives after Kane Williamson's big century against the West Indies, following his century against South Africa.

"Kane Williamson is a genius…!!", he tweeted, adding: "His last 2 one day innings are right up there with the best."

The Guardian's Tanya Aldred described Kane Williamson as the "small bearded man in anonymous black (who) embroidered together an innings of quiet genius".

The Times noted that "several New Zealand players, including their captain Kane Williamson, who himself scored a brilliant century, went to console" Windies batting hero Carlos Brathwaite, after his amazing blast for glory fell just short.

Cricket writer Simon Wilde, said of Williamson: "In a tournament in which the cream is rising to the top, he is fit to live with the best." 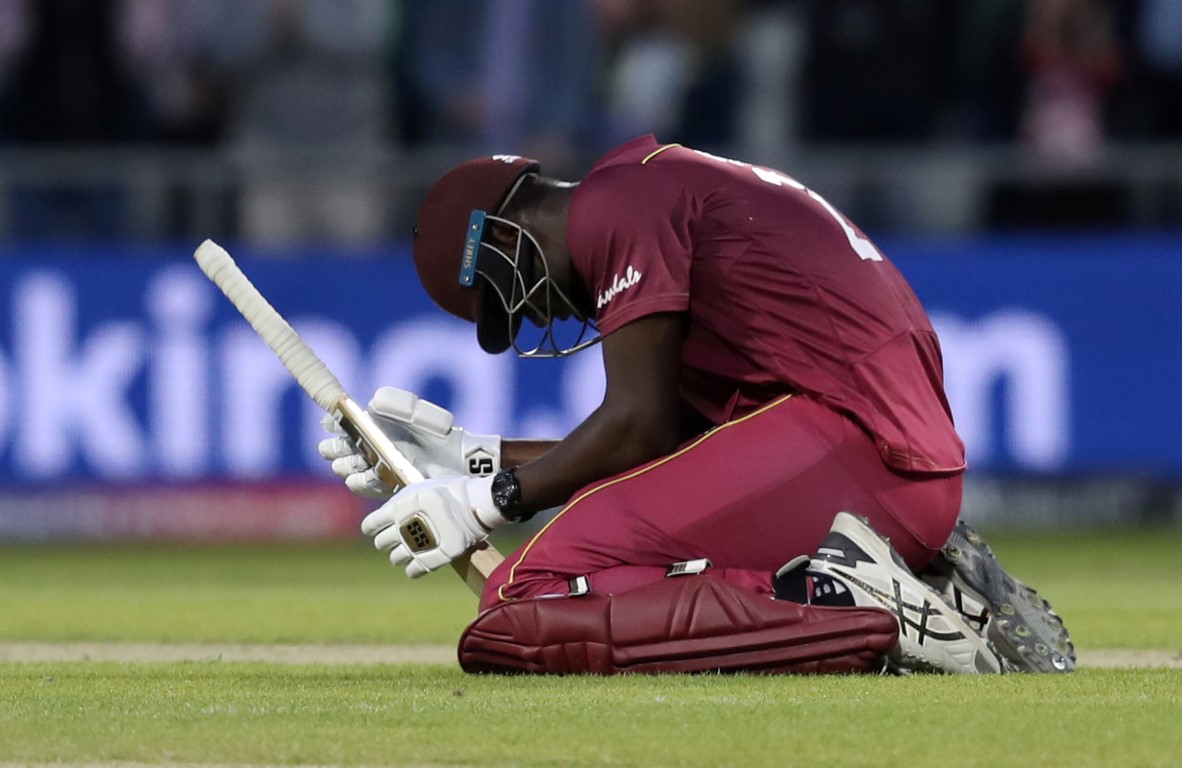 A dejected Carlos Brathwaite after being dismissed by New Zealand. Photo: Reuters
Brathwaite caught the attention of social media with his incredible heroics which nearly pulled West Indies to victory.

The equation had been reduced to six from seven balls, when a short-of-a-length delivery was slapped towards the long-on boundary. Trent Boult lined it up, feet perilously close to the rope. Tiptoeing on the boundary, he hauled it in with inches to spare – sending Brathwaite to his knees, and the Black Caps into ecstasy.

"I was willing it on. I didn't think it was definitely six but I thought it had a chance," said Brathwaite. "It was so close, so far. It's emotional."

Pick whatever descriptor you like for the absurd finish of New Zealand's clash against the West Indies, there's only one word the Black Caps will care about - unbeaten.

But, by god, it could not have been any closer.

.....the semifinals await – a win over Pakistan on Wednesday will confirm it beyond any doubt – and with Kane Williamson, averaging 186.5 at the Cup, in sensational touch, surely anything is possible.

He could probably do without the drama, though – at both ends of the innings.

Sometimes watching sport all you can do is grimace. Tension is palpable. Hands clasp faces. The ball flies over the fence – again and again, and again. The Black Caps' unbeaten run at this World Cup is over. And then it is not. So many fortune changes it is impossible to truly capture.

Oh, the contrasting emotions. Carlos Brathwaite, inches away from a match-winning knock, sank to his knees, one ball after notching his astonishing century off 82 balls, as he holed out with six runs required to a brilliant Trent Bout catch on the boundary that saved the Black Caps' blushes. What a finish. What a match.

Williamson received a standing ovation upon exit after resurrecting the innings in the most unflappable manner imaginable.

He is forging the team's reputation at this tournament in his own selfless image. The win sees them remain adaptable, understated and in contention.

However, Williamson's brilliance also highlights a problem developing in the New Zealand ranks if he's dismissed early. The batsmen, specifically Guptill, Munro and Tom Latham, must now offer their skipper more support as the tournament advances.

Williamson might be a cricketing colossus, but he's not Atlas.