Two contrasting games of cricket were played in the opening weekend of the Crosby Morris tournament in Alexandra.

In the first match, South Otago had an 18-run win over Maniototo-Valley in a high-scoring affair.

South Otago was asked to bat first and recorded an impressive 297 all out in the 50th over. The total was built on a solid opening partnership of 65 between Joel White and Jeremy Gray.

Both batsmen looked in top form until White was dismissed for 29.

Gray continued to bat well, but a middle-order collapse allowed Maniototo-Valley to fight its way back into the match.

Gray was joined by Francis Parker with the score at 153 for five and the two combined nicely before Gray was dismissed for a well-struck 77 off 116 balls. Parker continued to bat with the tail and hit some handy runs towards the end of the innings. He was dismissed for 61 off 67 deliveries.

George Catto was the pick of the Maniototo-Valley bowlers with figures of four for 45 off eight overs. Sam Blakely also excelled, taking three for 20 off nine overs.

In reply, the chase looked to be in the bag for Maniototo-Valley.

Its top order went well, and the score was 201 for four with 20 overs remaining.

South Otago found an extra gear through the middle stages and took some key wickets towards the end to leave Maniototo-Valley needing 18 runs off the last three overs with one wicket remaining. South Otago took the final wicket to win the match.

Opening batsman Raj Singh scored 126 runs off 101 balls and was devastating on the leg side. His unorthodox approach worked wonders.

Catto was the next-highest scorer with 23.

Kobe Thomson was the pick of the South Otago bowlers with tidy figures of four for 69 off 10 overs. Will Young (three for 44) and Parker (two for 56) were the other major contributors with the ball. South Otago’s catching was key towards the end of the innings.

The other match, played between Queenstown and Upper Clutha, was over before lunch.

Upper Clutha, batting first, could muster a mere 115 all out in the 26th over.

Blayne Wegener’s knock of 37 was the only decent contribution.

AP Gossal was the chief destroyer for Queenstown with impressive figures of six for 19 off seven overs. In reply, the Queenstown opening partnership of Sakhdev Singh and Om Alva chased the total down in just the eighth over. Singh finished not out on 58 from 25 balls.

Alva was slightly more aggressive in terms of strike rate but finished unbeaten on 47.

Next week the two winning sides play each other. 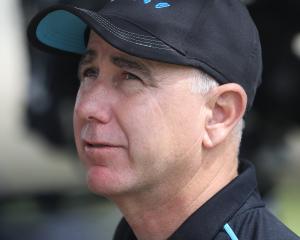 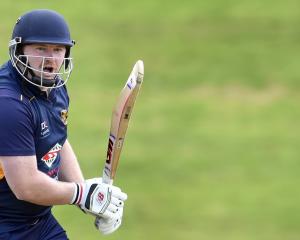