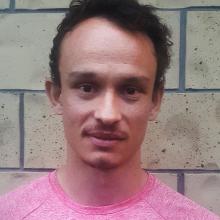 Gordon Edwards
The Waihola Swans extended their lead at the top of the South Otago Cricket ladder on Saturday with a four-wicket bonus point win over the Clutha Comets at the Cosmic Bullring in Balclutha.

The Comets batted first and could muster only 98 all out off 24 overs.

The disciplined Swans attack gave Clutha no room to move, their bowling tight and in the right areas. Sam Mosley top-scored for Clutha and was left stranded on 30 not out.

The wickets were shared by the Swans bowlers.

In reply the Swans chased the total down in the 24th over for the loss of six wickets. Kellan Crowie (25) and Brad Williams (22) were the main contributors with the bat.

Nick Manston was the pick of the Clutha bowlers with figures of three for 25 off his six overs.

The Owaka Bandits retained the Challenge Cup with a seven-wicket win over the Lawrence Lions at the Outlaw Oval in Owaka.

The home side asked Lawrence to bat first and it recorded 174 all out in the 34th over.

Will Young looked good early before being removed for 27. Jeremy Gray took three for 34 off six overs for Owaka.

The other wickets were shared around among the other bowlers. In reply the Bandits laid the platform with a solid opening stand of 78 between Jeremy Gray and Joel White.

White was the aggressor early on and punished the short ball.

Gray took a while to get going but once his eye was in he became dangerous. The Bandits batting line-up always seemed in control but the overs began to run out. Some confident batting from Gordon Edwards (32*) towards the end of the innings led the home side home with three overs to spare. Gray top-scored for Owaka with 65 and White was next best with 38. Sam Wyber was the pick of the Lions bowlers with two for 18 off eight overs.

The Kai Kings had a confident 97-run win over the Valley Stingers at the Royal Landfill in Kaitangata.

The Kings batted first and recorded a strong 182 for nine off their 40 overs.

Captain Mark Shepherd was the main contributor with a fine knock of 74 which included six fours and two sixes. William Casey was next best with 30.

Young Stingers prodigy Luis Smales was once again in the wickets.

In reply the Stingers were bundled out for 85 in the 35th over.

Stingers opening batsman Morgan Culbertson was the only shining light of the home side’s innings with 44.

Kai brothers Jason and Orry Young were the main destroyers with the ball. Orry Young took four for 16 off eight well-bowled overs. His brother took three wickets but was very economical, only going for seven runs off his eight overs.