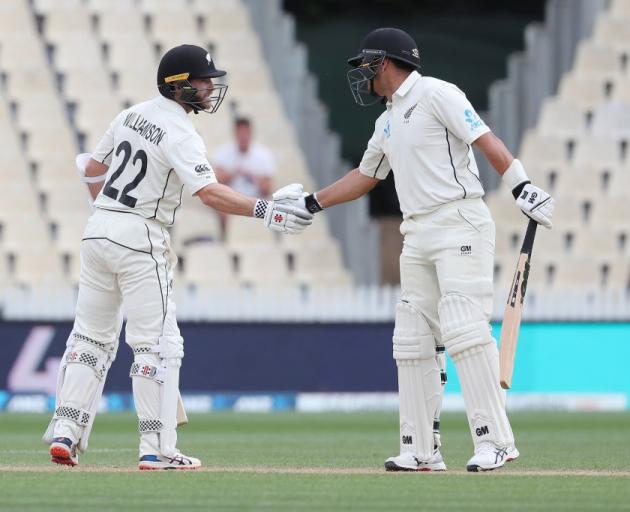 McCullum questioned some of Williamson's tactics and said his successor as captain wasn't enjoying the role as much as prior years, describing him as a "reluctant leader".

McCullum's comments sparked rumours that Williamson could look to step down from the captaincy role in the T20 format following this year's World Cup.

However, Taylor didn't believe Williamson giving up the captaincy was necessary.

"I think he's got a lot to offer this team as a captain in years to come," Taylor said.

"Kane's been through a lot over the last little while. Obviously the World Cup was pretty interesting for the whole team ... but I'm sure he'll make the right decision for him and the team.

"I don't think giving up a format as captain is necessarily the right way but him having breaks every now and then to take a bit of load off is what I think will be best for himself and the team.

"I think he's doing a fantastic job, whether he takes breaks here and there."

With the disastrous series against Australia still fresh in their memory, the Black Caps are looking forward to a change in format and opponent.

Taylor said it was great having fresh faces join the squad ahead of this weekend's T20 matches against India at Eden Park.

"Any time we play India it's a pretty exciting thing, to be at home with two games against the best team in the world, that's what we live to play for and hopefully we can start the series off well," he said.

"There's a lot of people in the squad who weren't even a part of [the series in Australia] and I think they bring a new dynamic to the team, but the guys who obviously were over there will want to get back on the horse so to speak, and obviously a different format in conditions that we know well and hopefully we can get off to a good start."

Despite rumours in the media, Taylor added he didn't believe there was an easier path to selection for Cantabrians and that players should be selected on merit.

"There's obviously a lot of ND [Northern Districts] people and I come from Hamilton, I don't play for ND, but if you're the best players, regardless of where you come from, you should be picked for the team."

The Black Caps play India at Eden Park on Friday and Sunday night.