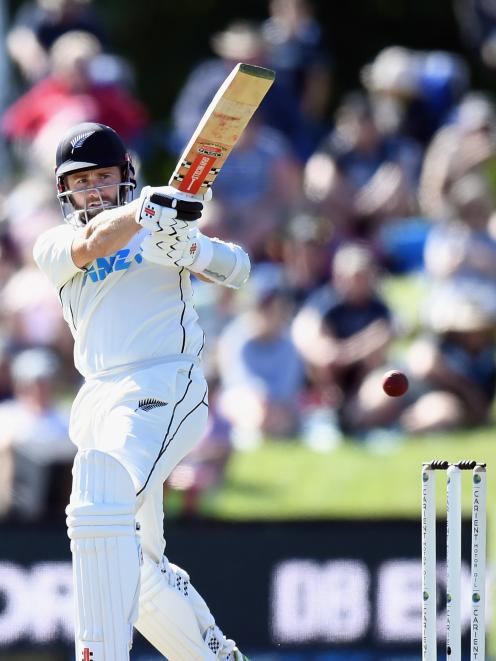 Black Caps captain Kane Williamson plays a pull shot during his team’s second test against Pakistan at Hagley Oval, in Christchurch, earlier this month. PHOTOS: GETTY IMAGES
The Blacks Caps are flying high while the neighbours across the Ditch not so much. So who would make a combined Australia-New Zealand team? Which one of the pace bowlers would miss out? Who would be in the middle order? The Otago Daily Times sports department has an educated attempt at naming a combined team. Because neither Australia nor the Blacks Caps has a top all-rounder, the side will have five batsmen, a wicketkeeper and five bowlers.

Warner did not have a magic series against the Indians after injury delayed his appearance. Still flashes way too much outside off stump but has few peers in putting pressure on the opposition and making quick runs. Perhaps his best years are behind him. Latham is one of the best openers in the world. Knows where his stumps are and can quickly accumulate runs. No-one will die of excitement when watching Latham but those sort often make the best openers.

Contenders: No-one. Australia has 10million households and nearly all of them have a member who has opened the batting for Australia in the past five years. Latham has Tom Blundell as an opening partner but he is very fresh. 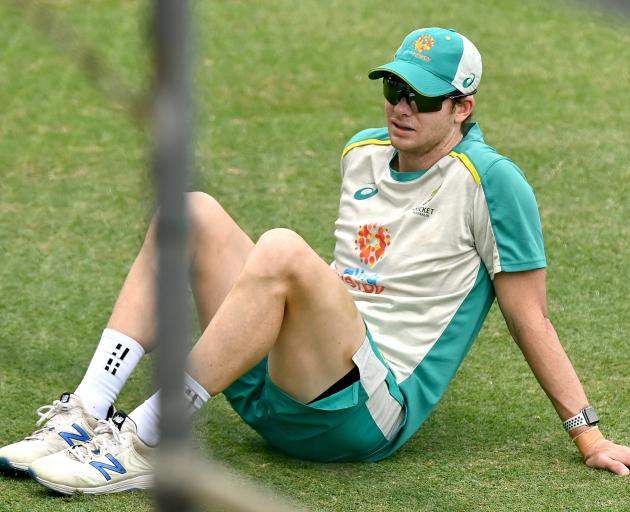 Australian batsman Steve Smith takes a breather during a nets session at The Gabba, in Brisbane, last week.
Nos 3-5

Williamson at number three followed by Smith at number four. No argument there. What a contrast in style that would be. Let’s push Taylor down to number five. Still a quality test player, Taylor can be a major force at number five and quicken the run rate. Williamson gets the captaincy by default.

Contenders: Marnus Labuschagne is scoring runs at will seemingly and has made a mighty impressive start to his test career. But how can you go past Williamson and Smith? Then Taylor is simply too good to leave out. This is not Twenty20 and Gavin Larsen is not picking the team. Henry Nicholls has had a great summer but he is a rung below the other three. If anyone in the West Indies and Pakistan teams could catch, Nicholls would not have been quite as prolific. Matthew Wade is out of the running. 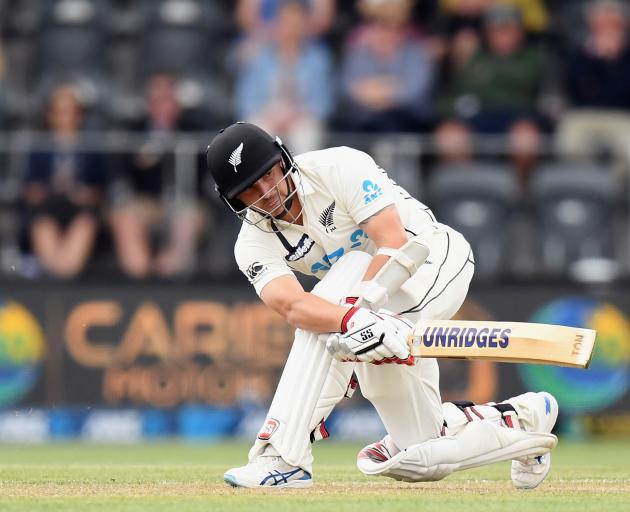 Australian skipper Tim Paine is not enjoying his game at the moment. That happens when you sledge the opposition and your team ends up losing, drop very crucial catches and do not make massive scores. He is a quality player but is living on borrowed time. BJ Watling just keeps on delivering. He is now 35 but still bats well and keeps the side scoring runs. Is not a great watch but is more steady than American Magic and his keeping has improved since he started.

Pat Cummins has pushed through and became the best pace bowler for the Australians. Challenges all the batsmen with his length and pace. Runs in hard and never lacks for enthusiasm. Kyle Jamieson has to be in the line-up. Has there been a more impressive debut by a NZ test cricketer in recent years?

Now it starts getting tricky. Josh Hazelwood just nags away and he gets wickets. But then again so does Tim Southee. Southee got 18 wickets in the four tests in NZ this summer while Hazelwood got 17 wickets against the Indians. Hazelwood has a slightly better average but not by much. You would probably give it to the Australian by the thinnest of margins.

Then there is the left hander argument. Trent Boult, Mitchell Starc or Neil Wagner? Hard to separate. Wagner is the bull terrier who will give you a 150% all of the time and inevitably break any partnership. Starc is the speedster who will blast teams out while Boult has the ability to spring the surprise and take key wickets. Then again, Wagner looks out of his class in this company, Starc does not look at his best while Boult had a leanish summer.

Contenders: No-one else really. Cameron Green is a way better batter than bowler and Matt Henry is down the charts. 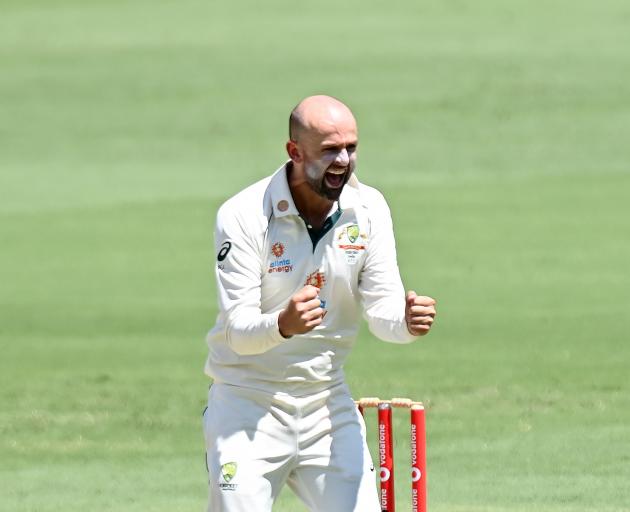 Nathan Lyon celebrates taking the wicket of Indian batsman Shubman Gill during the fourth test at The Gabba on Tuesday.
Spinner

Nathan Lyon is head and shoulders above the rest.

Both Labuschagne and Nicholls would be miles ahead of Taylor, whose batting has been average and fielding has been poor.