After the previous two rounds of club cricket in Southland were abandoned, it was a relief to have all three premier league games played on Saturday.

Waikoikoi had a huge win at home over Metropolitan.

Metro was rolled for just 45 in the 20th over. Only Jason Osborne (15) made double figures.

The chief destroyer for Waikoikoi was Warrick McKenzie, who took six wickets for 12 runs from his seven overs.

In the locals’ turn with the bat, Kurt Thompson was unbeaten on 19 and Hamish Cooke on 21 when victory was earned in the ninth over.

Southland Boys’ High School was beaten by eight wickets on its home pitch by Marist.

The schoolboys could only manage 102 before being bundled out in the 31st over.

Hamish Skelt held their innings together with 23 runs from 70

balls, while further down the order Hunter Cairns scored 31 from 44 balls.

Marist’s top order chased down the target in the 24th over.

Old Boys posted 144 runs before being bowled out in the 36th over.

Kieran Lloyd scored 40 for Appleby but Dhruval Aery was the only other contributor of note with 29, as Appleby was bowled out for 135 in the final over.

This was the fifth and final week of the 40-over contests.

The one-day competition reverts to 50-over games for the rest of the season. 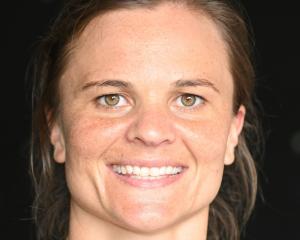