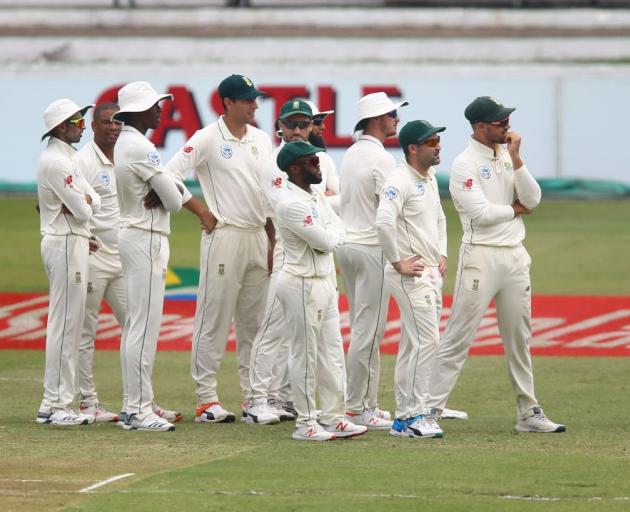 A win for South Africa against Australia in their proposed test series will be the best result for New Zealand. Photo: Getty Images
Come on South Africa.

That might sound unpalatable to most New Zealand sports fans. But a win for the Proteas against Australia will be as good as a win for the Black Caps as far as the World Test Cricket Championship goes.

It does not even have to be a series win.

A win in one of South Africa’s three probable home tests will deny the Australians a spot in the championship final at Lords.

That is assuming the series goes ahead at all, as it is yet to be confirmed due to the Covid-19 situation in South Africa.

If it does not, Tuesday’s thrilling upset loss against India at the Gabba would leave Australia out of the running for the final.

The loss leaves Australia in third-place on the standings with a points percentage of 69.17.

That dropped further than it would have normally, having also been docked points for a slow over rate in Melbourne.

New Zealand is marginally ahead on 70% and has no matches left to play, while India’s win takes it to the top of the table on 71.67%.

Had Australia not lost its points, it would have stayed ahead of the Black Caps.

South Africa is not the force it once was.

But as good as this Australia team has been at home — at least until the last month — it has not travelled well.

Its last test series win away from home was the last time it came to New Zealand.

That was five years ago.

India remains in the equation too, although Tuesday’s win gives it a huge boost in securing a place in the final.

It faces England in a four-test home series set to begin next month.

The host will enter as hot favourite for a series victory.

However, if it is to remain ahead of New Zealand it will need to either win at least two matches while not losing any, or win 3-1.

England remains a slim chance of edging the Black Caps as well.

It needs to win its second test against Sri Lanka, then beat India at least 3-0.

While that is possible, it would be an unlikely result.

The final is scheduled for June.