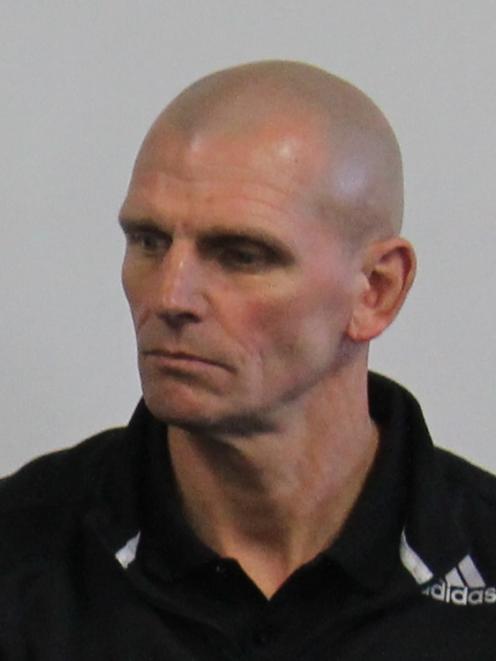 He said he was shocked to learn he had been made redundant as part of the decision.

‘‘It’s disappointing to me because I’ve lost my job but the thing that is really disappointing is that the 20 athletes are saying, ‘Where’s my pathway?’

‘‘The hub was a pathway for them to improve, to go further in their cycling careers if they wished.

‘‘All of a sudden that has been dumped on them just before Christmas and 10 weeks out from their national championships. That’s the gutting bit for me.

‘‘We love our athletes, and we want to do the best for our young people. All of a sudden it’s stopped.’’

The Invercargill hub was one of four to be culled by the national body. Christchurch, Cambridge and Auckland hubs have also been axed.

The performance hub, based at the Invercargill Velodrome, was for people aged under 15 to 22 (year 11-13 pupils) to access training and development opportunities.

He felt concern for the riders’ welfare as he believed the public release of the decision did not consider any school exam periods or whether squad members might have been home alone unsupported.

Consequently, he chose to break protocol by opting to break the news, ahead of the public announcement, personally to all of the riders at his home.

‘‘I thought they needed to know. It was their right to know because it’s their future ... I then sat there with them and answered any questions they had, to make them feel better.’’

The riders were shocked.

‘‘Most of them just looked at me and their mouths dropped open and their eyes popped open.’’

He assured riders he was researching different avenues to keep the hub and continue independently of the national body before the March 2022 deadline was reached.

‘‘I assured them ‘Don’t worry, I’m here to look after you and we’re going to go right through to nationals ...’

‘‘It gives me another 10 weeks to sort something out for them.’’

He said he was looking at new avenues for Southland-based funding. He estimated it would take about $115,000 to keep the hub open.

In the five years since the hub opened as a stand-alone venture funded by local sponsorship under Mr Cumming’s direction, its athletes have amassed more than 50 national titles, 100 bronze and silver national championship medals as well as Oceania champions, one elite world title as well as Commonwealth and Olympic representatives.

He knew people who had moved to Southland to be part of the hub.

Its purpose was not just to develop a cyclist but the entire person; including mentoring and providing life skills.

‘‘Not everyone is going to be a champion bike-rider. But that doesn’t matter, as long as they are a champion person.’’

He believed James Hargest High School 2022 deputy head boy Ronan Shearing was a great example of what the development programme could do.

‘‘From a shy little boy that started at the hub, he’s now going to be deputy head boy of the biggest school in Southland. That’s the type of people we’re [developing].’’

Ronan (17) said the news came as a shock to his entire family as both he and his older brother Conor had been connected to the hub since its inception.

He hoped, in the long term, if an alternative solution could be arranged, it would not have an adverse affect on the athletes.

‘‘The hub has been such a big part of junior development in New Zealand.’’