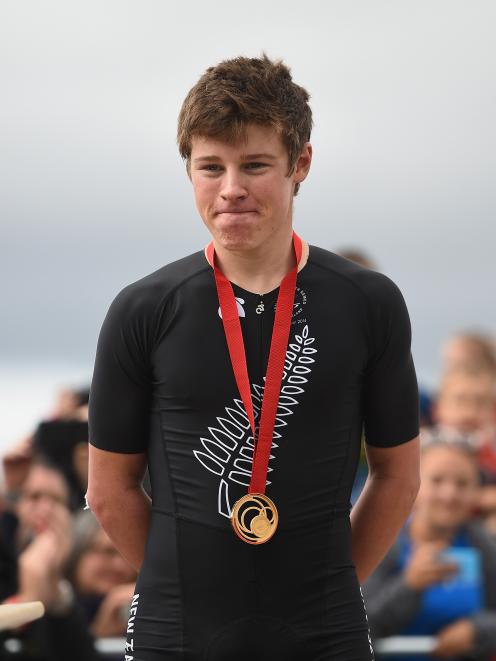 Anton Cooper
Oceania's top mountain bikers will be tearing down Signal Hill over the next two days.

Kiwis Anton Cooper, Sam Gaze, Ben Oliver and Josie Wilcox are among the big names in the cross-country races.

Australian world No4 Rebecca McConnell is the hot favourite in the women’s section, while Cameron Ivory is expected to be the best of the Australians in the men’s.

The event, which also includes downhill races, will be run at the Signal Hill courses.

It was a course Cooper, who won the Oceania title in Dunedin two years ago, was looking forward to racing on.

"I have good memories of racing here years ago and I won here in a close race two years ago," Cooper told Mountain Bike Australia, the national body there.

"It is a similar course. The final descent is new which I like — it is a nice fresh-cut section and I enjoy that style of trail.

"The top section had a kicker but that has gone.

"Maybe this course does not suit me as much as the other one.

"It will be a course that a lot of riders can win on and I think some will be going pretty fast."

The women’s elite downhill competition is expected to be closely fought.

Australian world No10 Sian A’Hern offers top competition, while New Zealanders Shania Rawson and Virginia Armstrong will be among the contenders.

World No7 Kate Weatherly is still recovering from a serious neck injury sustained at the world championships.

The men’s competition has several top riders, including Australian world No9 Dean Lucas and Kiwi world No23 George Brannigan.

The cross-country races begin this morning, before the elite women start at 1pm and the elite men at 3pm.

Tomorrow’s downhill races will be held from 10am to noon.