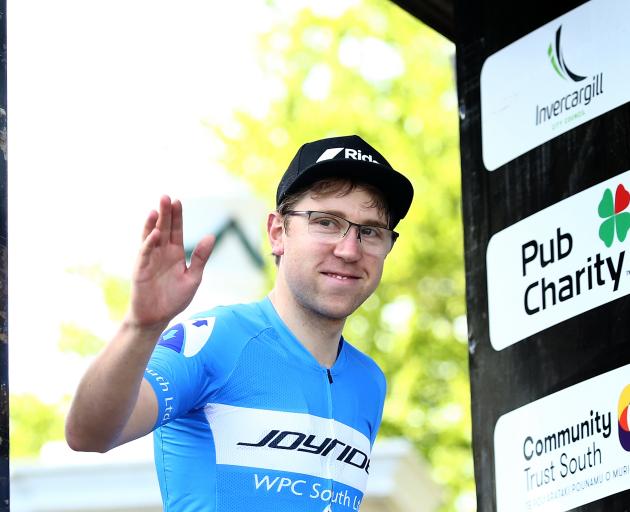 Brad Evans during the 2018 Tour of Southland. Photo: Getty Images
The Calder Stewart Cycling Series begins in Dunedin on Sunday. Most of the country's best domestically-based riders will be competing, including locals Brad Evans and Kees Duyvesteyn.

The event will take place on a flat circuit around Taieri and the airport, which should encourage some aggressive racing, before a final 14km climb up to Lee Stream.

There is a new format for the most combative rider this year, which should lead to some exciting riding and will add a new element to team tactics.

"This will give team leaders something extra to think about during the races, and we hope it will make the racing even more active and exciting," event director Jake Rowse said.

Rowse said the four-weekend, six-race format throughout the South Island introduces a greater variety of races this year.

Round one in Dunedin is more suited to climbers, the second round includes an individual time trial for the first time, and round three has a route on the West Coast with gravel sections around scenic Lake Kaniere.

"For 2019 we want the Calder Stewart Cycling Series to continue to provide a recognised platform for riders to make a name for themselves and go on to pick up international riding careers," Rowse said.

"This pathway has really been highlighted by the women's field over recent years, with a lot of the riders in the series going on to race overseas on the international scene."

Dunedin has proved to be a successful round for New Zealand Commonwealth Games representative and pro cyclist Kate McIIroy. She has won the last two in a row in the Dunedin Classic, the 2017 win being her first one-day race win as an elite cyclist after a successful career representing New Zealand in triathlon and running.

The elite men race 134km, while the masters and women tackle one lap less of the flat circuit, so cover 109km.