0 Comments
An Olympic silver medallist and a rider chasing his third Tour of Southland title are the headline acts of the 65th edition of New Zealand’s most prestigious stage race.

Palmerston North rider Campbell Stewart, a silver medal-winner in the omnium at the Tokyo Games, leads a powerful Bolton Equities Black Spoke Pro Cycling team, while Cantabrian Michael Vink (Transport Engineering — Talley’s) has also assembled a strong squad as he seeks to win his third Southland crown after breaking through in 2018 and 2019.

Despite Covid-19 border restrictions having a significant impact on availability, and the likes of defending champion Aaron Gate and Corbin Strong on duty at the rescheduled world track championships last week, the 2021 peloton does not lack for quality.

This year’s route includes some innovative features which will be sure to create talking points before and during race week.

The opening road stage on Monday, a 172km beat from Invercargill to Lumsden, will feature two separate gravel sections.

‘‘It will be interesting to see how the criterium is raced, and it will probably depend on who is in the yellow jersey after the prologue,’’ Marr said.

‘‘It could be fast and furious from the outset, or guys could hold back to go for a charge in the last few laps. There will definitely be a few nerves out there.’’ 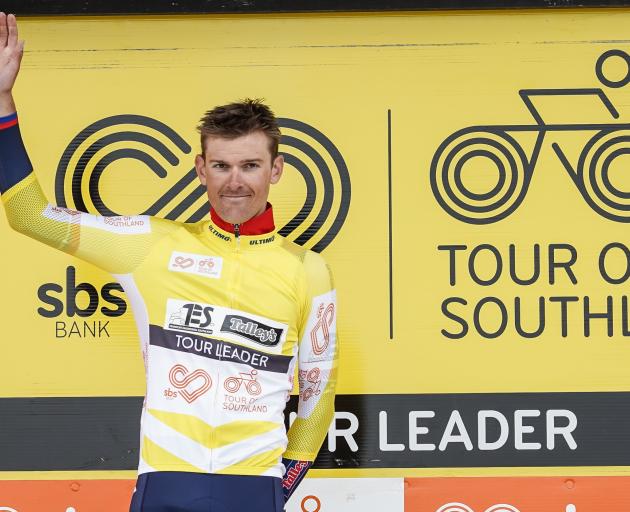 Michael Vink will chase a third title when the Tour of Southland starts on Sunday. PHOTO: JAMES JUBB

Both gravel sections are in the second half of Monday’s stage, the first coming soon after Nightcaps and the second on the climb over the Glenure Hill.

For the second year in a row, the peloton will also tackle an exhausting, but visually stunning, climb up the Remarkables on the fourth stage on Wednesday.

Marr’s second year organising the tour has not been a simple one in the face of the Covid-19 pandemic.

Strict protocols would be in place during race week for both the safety of the riders and the Southland public, Marr said.

‘‘The support of the Southland public is one of the elements which makes this race so special, but this year we have to encourage the public not to come to the start and finish of our stages.’’

Despite the challenges, Marr is anticipating some outstanding racing during the week.

‘‘It’s such an even field, and with the year we’ve had, it’s a real unknown as to who will come out on top.

‘‘Michael Vink will have a big target on his back and Campbell Stewart is obviously a quality rider, but there’s also a great opportunity for one of New Zealand’s young riders to really make a name for themselves.’’