All Whites reach World Cup playoff with win over Solomons 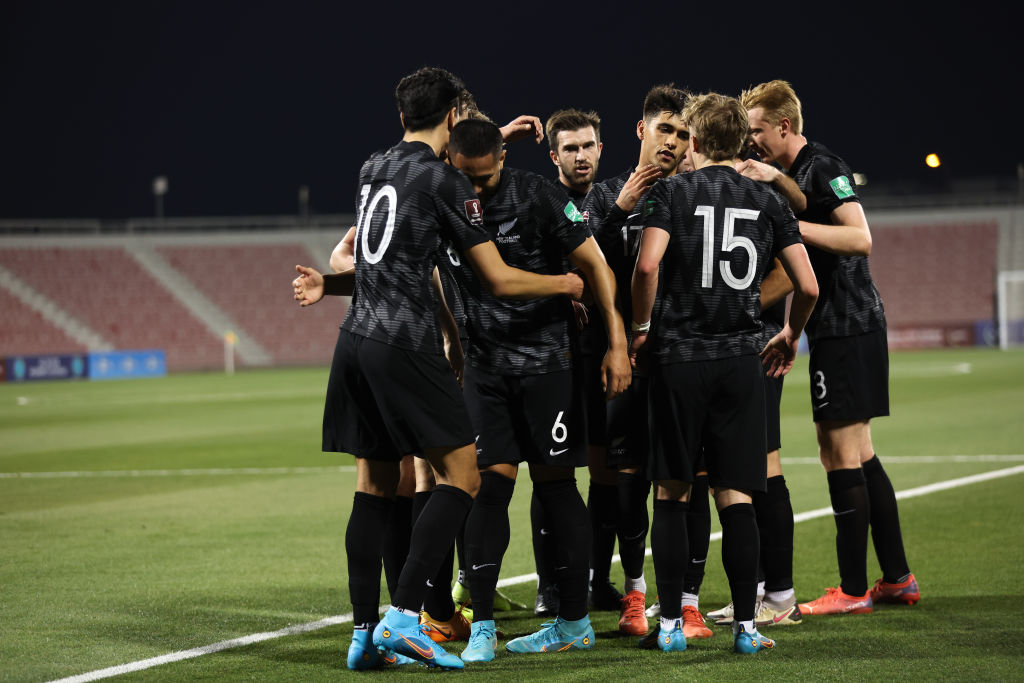 The All Whites celebrate a goal by Bill Tuiloma. Photo: Getty Images
The All Whites have joined the queue for Qatar – and are one game away from the Fifa World Cup.

The New Zealand side passed their last hurdle on Thursday morning, with a comprehensive 5-0 win over the Solomon Islands in the Oceania tournament final in Doha.

It was an assured performance from the All Whites in an open game, with an early goal from Bill Tuiloma settling any nerves before Chris Wood extended the margin just before halftime.

New Zealand made the most of their height advantage with two goals from set pieces, and Solomons keeper Phillip Mango had a nervy night, with a Joe Bell corner sailing over his head for the third goal, before Tuiloma again rose unchallenged at the far post to further inflate the score line, before Matt Garbett's injury time strike.

Danny Hay's team now face a shot at their holy grail; a single leg playoff against the fourth placed CONCACAF qualifier (almost certainly Costa Rica) in mid-June, with the victor getting one of the last golden tickets to the World Cup.

That's the tantalising prospect for the All Whites, after completing their Oceania assignment.

It was complicated at times – especially with churn of players throughout the event – and the Solomon Islands, ranked second in the region (142) behind New Zealand (111) – looked like they would provide the sharpest test yet, especially in the first half.

But the Bonitos' willingness to take the game to the All Whites, unlike Tahiti's negative but functional approach, meant there was space in behind and out wide, which New Zealand were able to exploit more and more as the match progressed.

As an illustration of their depth, the All Whites also prevailed with Winston Reid and Libby Cacace left out to mitigate risk of a possible suspension for the June match.

The Solomons had their moments, with Raphael Leai forcing a couple of good interventions from goal keeper Stefan Marinovic, but the All Whites stamped their authority on the contest after the first 30 minutes.

Tuiloma was again a standout, while Bell and Stamenic controlled the midfield proceedings and Wood was a constant threat.

Hay made six changes from the starting semi-final XI, with only Marinovic, Tuiloma, Nando Pijnaker, Bell and Wood retained. It meant New Zealand started their most important game since 2017 without Reid and Cacace, an unusual but pragmatic scenario, given the duo were one yellow card away from being suspended for a potential intercontinental playoff in June.

Alex Greive was risked, despite being in the same situation, while Tommy Smith, Francis de Vries, Tim Payne, Stamenic and Logan Rogerson were the others brought in.

From the start, it was a vastly different game from the semi-final, with the Solomon Islands showing more attacking intent in the first five minutes than Tahiti managed in the entire semifinal.

They were neat in the final third – showing their technical ability on the ball – and carved out two decent early chances.

New Zealand looked dangerous out wide, through Rogerson and Greive, though the St Mirren striker copped some heavy treatment early on.

The All Whites got their vital early goal in the 23rd minute, with Tuiloma rising high at the far post. They had a pronounced height advantage, and the spring heeled defender rose well to meet a pinpoint Bell corner.

Pijnaker had the ball in the net a few minutes later, from another corner, though the goal was scratched for a Rogerson foul on keeper Mango, which looked a tough call.

Any anxiety over that decision was quickly forgotten, before Wood extended New Zealand's advantage just before halftime. It was a textbook goal, with a raking ball releasing Payne on the right, who found an unmarked Wood in the six yard box, with the Newcastle striker burying his header.

Wood was denied by a strong Mango save early in the second spell, before the keeper completely misjudged a Bell corner, allowing it to sail directly into the net.

That released any remaining doubt – and took the sting out of the Pacific team - though Leai drew a strong block from Marinovic, after showing lovely skill to beat two defenders.

Wood looked to have notched his second, following a nice move involving Bell and Rogerson, but the goal was chalked off after a VAR check.

There were further chances – with Wood denied by a vital last-ditch tackle – before Tuiloma grabbed his second, with another well time lead at the far post, as defenders stood and watched.

Substitute Matt Garbett completed the scoring in injury time, slotting home after an Andre de Jong layoff in the box. 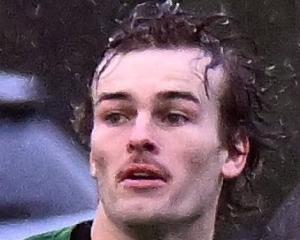