Dunedin weather has been great this week, with double figure days ensuring outdoor trainings have been able to go ahead.

After all games were based in Dunedin last week, a few teams head back to Central for Queenstown and Wanaka fixtures in round 7. 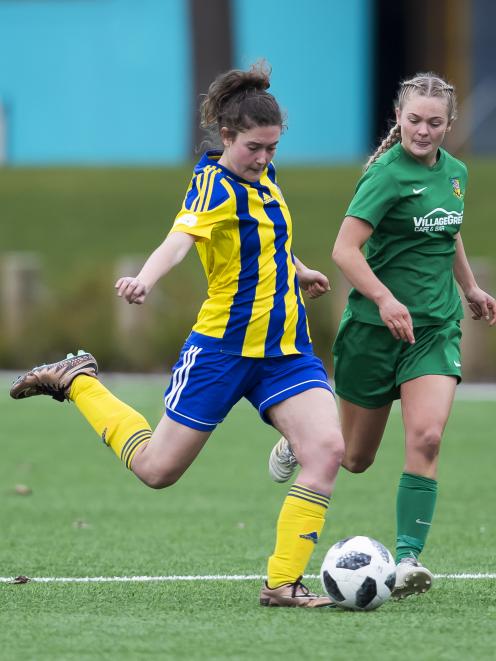 Photo: Adam Binns
In the WPL, Queenstown is back at home hosting the Otago University 2nds team.

Uni 2nds captain Chelsea Empson is looking forward to the game, saying hat as the weeks go on the girls are "coming together as a team, getting used to working together and progressing well."

"A lot of the girls are new this year, and train separately to the Uni 1sts, but both on the turf so are always there supporting each other.

"We know Queenstown will be tough - they're always a strong team to play against, but we're looking forward to playing our best."

Queenstown head coach Mark Ford welcomed playing at the QT Events Centre and hoped to come away with the three points.

Otago University AFC play on the turf against top of the table Dunedin Technical AFC. This will be a very strong game, with a lot of key players on both sides.

"We're obviously going in as underdogs, and we're fine with that. If we come away with a win that will be amazing, but if we lose there's no pressure," Uni head coach Stuart Moffatt said.

"Win or lose, we'll take the game as a learning experience and hope to come back stronger in the second round."

Moffatt said he was "genuinely impressed with the fearlessness of a talented crop of Fresher students who have come into the Uni squad, including Amy Hislop, Toni Powers, Kate Watson, Katie Mawedsley and Nadege Salvador."

Mosgiel AFC are playing on home soil against Green Island AFC this weekend - a contest that GI head coach Richard Kerr-Bell is looking forward to.

"Mosgiel have a number of young players, and every player gives it their best.

"As with every game this season, we are looking to put into practice the lessons learnt from previous games and new learning developed in training."

Roslyn Wakari AFC have the bye and will be hosted by Queenstown AFC in round 8. 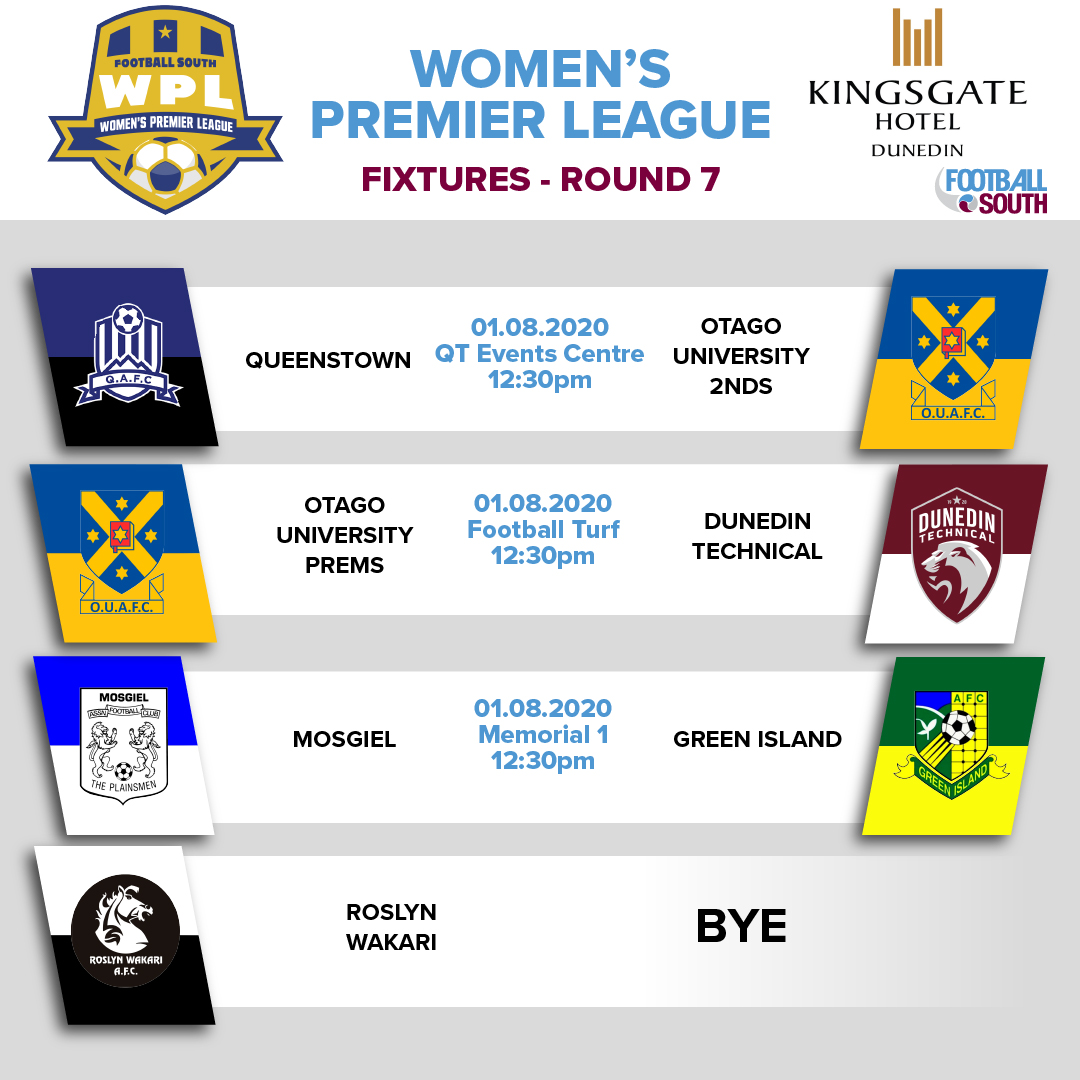 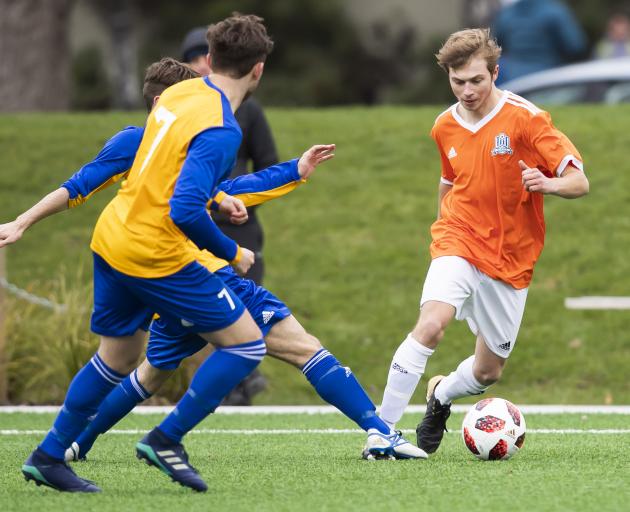 In the SPL for round 7, Northern AFC are up against Green Island AFC at Forrester Park.

Northern have bounced back with some new players and coaching staff in the last couple of weeks,  but it's expected to be a tough game against top of the table GI.

GI head coach Shane Carvell said he is looking forward to seeing how the team goes, but is not going in with any expectations.

"Anything can happen, and on the day it comes down to who plays the best football and gets the ball in the net."

Last week after only letting in 3 goals, Northern will be looking to keep strong in defence up against GI's strong attacking side.

Queenstown head coach Jamie Whitmarsh is looking forward to the match, saying "it is a hugely important game for both clubs".

"We have a healthy respect for Caversham and expect a very tough fixture with a lot at stake."

Roslyn are coming off a great result against Queenstown, and have a good blend of young and experienced players.

"We're looking for three points to solidify a top four finish, and keep the pressure on Green Island and University," McPhail said.

He expects Roslyn players to be highly motivated, and is expecting a big game.

"We have a full-strength squad to select from, so training this week will see some intense competition for places."

The match between Otago University AFC  and Dunedin Technical AFC has been postponed until 7.45pm on Tuesday, August 4 at Football Turf.

Wanaka AFC have the bye, and are eager for their round 8 fixture against Northern AFC. 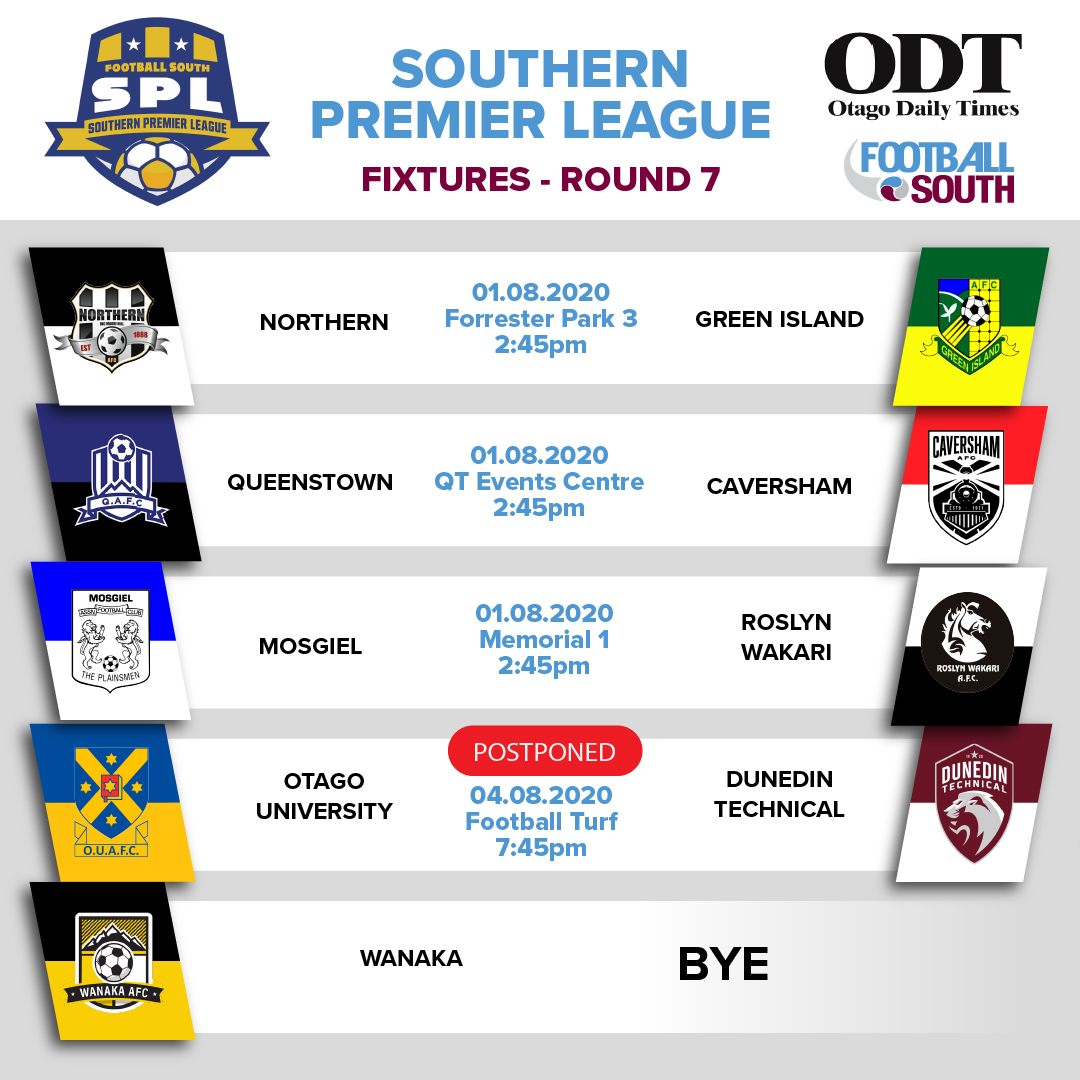