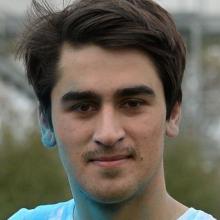 However, Wanaka is on a good run of form and proved its place in the league with a 2-0 win.

The first goal came after 41 minutes when Barry Grehan converted from the penalty spot.

Impressive youngster Weston Bell secured all three points with the winner on 53 minutes.

Roslyn-Wakari benefited from Wanaka's win over Green Island with an impressive come-from-behind victory in Queenstown.

That closed the gap at the top of the table to five points but it has two games in hand over Green Island.

The game started at a frenetic pace and Queenstown capitalised early.

Kasam Ali scored an own goal following a corner with two minutes gone, and then Elliot Gardner latched on to a through-ball behind Roslyn's backline two minutes later and shot past the advancing Tom Stevens in goal.

Queenstown was soon 3-0 ahead when fleet-footed Carlos Hermann found Stevens off his line and hit home from 35m.

Kasam Ali struck a trademark left-footed strike from outside the box into the bottom corner to make it 3-2 after only 18 minutes.

After five goals in the opening 20 minutes, Roslyn coach Colin Thom made a bold change, bringing James Govan on before halftime.

The change was instrumental as Govan was heavily involved in the equaliser of Colloty, who again calmly rounded the exposed Bocatios five minutes before the break.

Queenstown coach Jamie Whitmarsh made both tactical and personnel changes at halftime in an effort to shift the momentum.

Queenstown stemmed the flow and applied pressure, but was not able to penetrate the Roslyn defence.

With the game entering the final 10 minutes, Govan reacted most quickly to a loose ball from a Reid Hulleman corner to fire home.

Govan then closed the game off after tenaciously chancing down a clearance that bounced awkwardly.

He stole it off the Queenstown centreback and fired home to make it 5-3 to Roslyn with four minutes left to play.

Dunedin Technical is right in the race for the title as well after a hard-fought 1-0 win over Southland at Tahuna Park.

Tech created plenty of chances but was guilty of not being clinical enough to finish them.

Tech did get the all-important goal in the second half when a Thomas Petersen header found the back of the net from a corner.

Southland was reduced to 10 men when a player was sent off but, for the last 15 minutes, put Tech under pressure.

However, Tech held on to win 1-0 to move to second on the table with 19 points with three games to play.