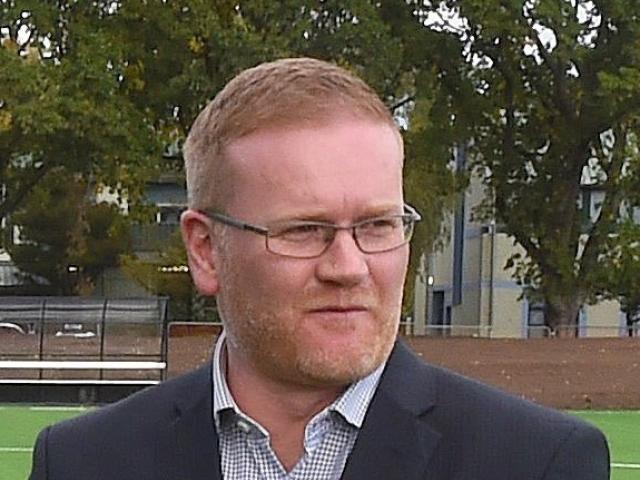 Matthew Holdridge
Football South continues to experience growing player numbers even though its top teams are proving a financial drain on the organisation.

Football South had its annual meeting in Dunedin on Sunday, at which the organisation reported an increase in player numbers and qualified coaches.

There are more than 9500 football players in the South, along with 9800 futsal players.

Departing Football South chairman Matthew Holdridge said the vision of Football South was to get more people playing and loving the game of football.

Staff had continued to focus on improving the capability of aspiring players and well as supporting up and coming coaches.

Football South had taken over the running of national league club Southern United, as the community agreed it was needed as a pathway for future generations of players.

At the time there was an acknowledgement that this investment would come at a cost to Football South.

The teams had continued to play well and improved their performances but the financial status of Football South was still impacted by the additional investment in Southern United, Holdridge said.

''Over the past three years our cash reserves have allowed us to continue supporting this team as a future pathway for federation players,'' he wrote.

''Our continued participation in national league is dependent on Southern United becoming self-sustaining over the coming seasons.''

The future of the men's and youth national leagues were under review, with any changes likely to be confirmed later this year.

''Our message is the game needs to be more equitable, recognising the limited resources, and be sustainable across the nation over the long term.''

Football South recorded a deficit of $50,392 for last year. That came from an increase in bad debts and a $50,000 decrease in income from futsal.

The new artificial turf was a highlight of the year for the organisation and chief executive Chris Wright said it was an exciting project.

Wright said the new South Island league was an exciting pilot and was to be repeated this year.

Football South was looking to have more courses in coaching education, and wanting to increase referee numbers.

The new chairman of Football South is Graham Marshall. Aaron Burgess and David Smillie have been re-elected to the board. The board will also confirm two further appointments at a meeting tomorrow night.