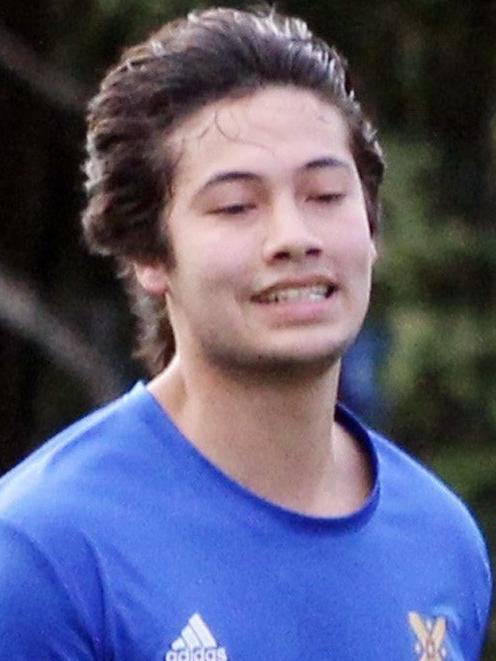 En Watanabe
A late equaliser denied the Dunedin City Royals what would have been a deserved three points on Saturday.

A defence-splitting pass put Coastal Spirit’s Aashish Rai in to calmly make it 3-3 on the final whistle in the Southern League game at Logan Park Turf.

Coastal took a sixth-minute lead, following a fast break down the right wing from Seth Simpson, whose cross was met by Liam Cotter.

The Royals did not let the setback rock them and created several opportunities, although they were unable to convert any.

Coastal had just shaded the first half, but took off its main attacking threats at halftime.

The Royals dominated the start of the second half, and Ollie Petersen nodded in a well-deserved equaliser on 51 minutes after a spell where the Royals had whipped crosses in from both flanks.

With an hour played, the Royals were caught napping from a long throw and Treye Butler leapt to scissor-kick Coastal back into the lead.

The Royals responded immediately when a goal-mouth scramble led to a penalty shout waved away before Braden Fowell got forward, releasing Ben Stanley, whose cross from the left found the unmarked En Watanabe.

He stabbed home the equaliser from close range on 66 minutes.

Only three minutes later, the Royals took a deserved lead when Will Turner found some space and squared the ball across the box to Stanley 12 yards, and he made no mistake.

However, Rai was able to equalise late, denying the Royals three valuable points.

Green Island travelled to Selwyn United, which last year finished second in the Southern League. Selwyn started strongly and created several chances to score, while Green Island worked its way into the game later in the half.

Both created chances, but neither was able to finish them off in the first half.

The second half was more open, with a more even share of possession, territory and shooting opportunities.

Green Island’s pace on the counter had Selwyn stretched, and young striker Josh Kotkamp was introduced on 69 minutes for his debut.

Selwyn pushed forward, looking for an equaliser and, in the 79th minute, a fast break by Selwyn down the left resulted in Luke Schaffer-Swann’s parried save being swept home by Luke Jerkovic to draw level.

Straight from the kick-off, Selwyn attacked again, and would have taken the lead except for a reflex save by Schaffer-Swann.

Both teams had chances in the last 10 minutes, but neither could break the deadlock.

Yesterday, Mosgiel made the long trip up to Nelson and was not able to match the home team, which won 3-0 to join Cashmere Technical in second equal with six points.

In the ODT Men’s Premiership, Northern remained perfect with a 5-3 win over University thanks to Tyler Muir’s brace.

In the local derby, four goals in 14 minutes late in the game left Mosgiel and Green Island drawn on 2-2.