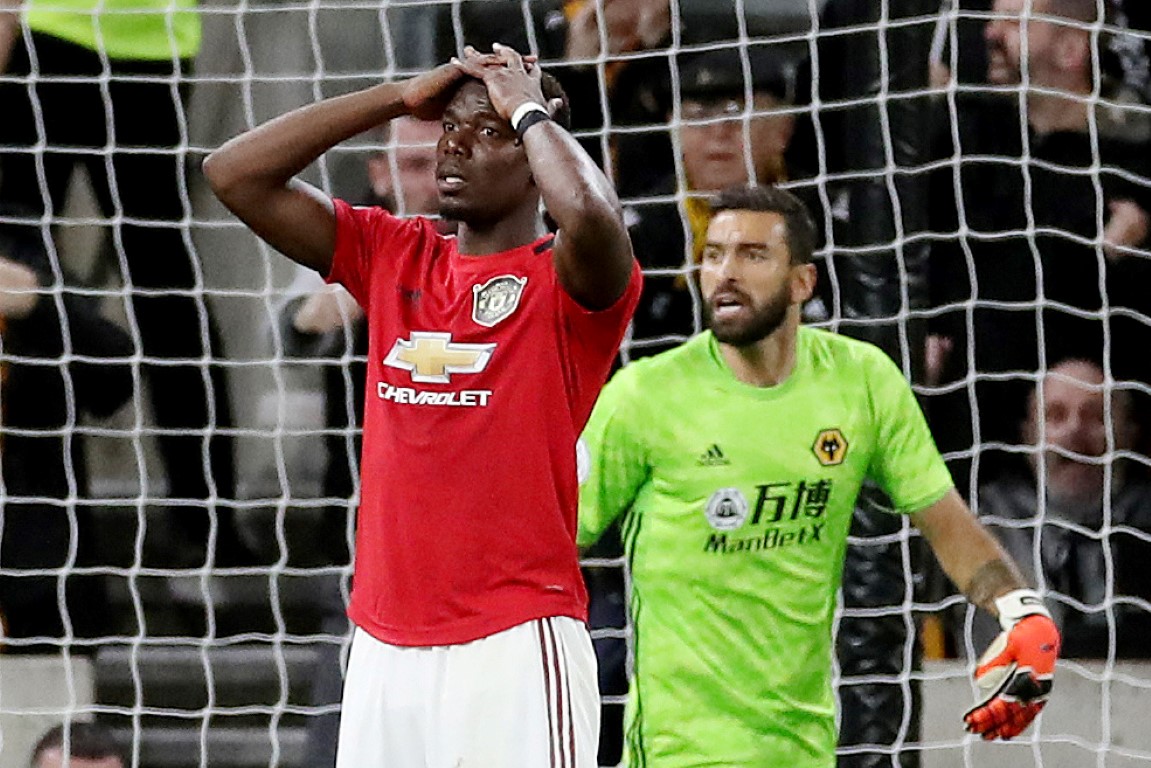 After United's 4-0 home win over Chelsea on the opening day, Ole Gunnar Solskjaer's team dominated the early exchanges and led after 27 minutes when Marcus Rashford slipped the ball in for Martial to blast his 50th United goal into the net.

But Wolves, who beat the visitors in the league and FA Cup at Molineux last season, were transformed in the second half, rejuvenated by substitute Adama Traore on the wing.

In the 55th minute, a clever corner routine left Portuguese midfielder Neves free outside the area from where he hit a delightful curling strike over keeper David de Gea that went in off the underside of the bar, ramping up the raucous atmosphere.

Minutes later, Pogba missed a penalty after he tumbled in the area under Wolves captain Conor Coady's feet. Pogba's spot kick, which was saved by Rui Patricio, was his fourth missed penalty in the Premier League since the start of last season.

United next host Crystal Palace in the league on Saturday while Wolves face a trip to Torino in a Europa League playoff first leg on Thursday before hosting Burnley on Sunday.